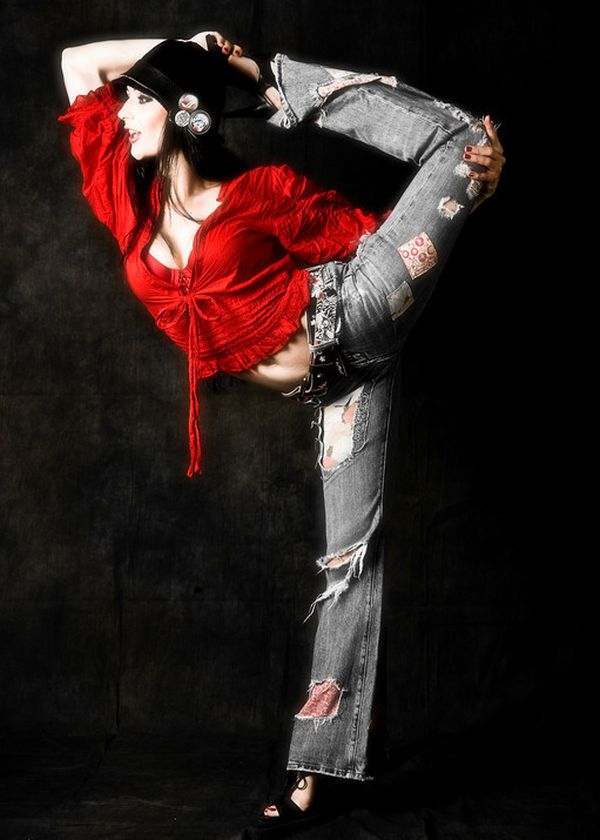 A featured performer in the 2003 Tiger Lilies circus tour of Finland, France, England, Germany and Greece, the sensational Ukrainian contortionist and hula-hoop artist Vita Radionova made her North American debut at Teatro ZinZanni in 2004. She graduated from the legendary Circus School of Kiev in 1999, and since then has performed her elegant and sensual act at some of the finest venues in Europe, including the Apollo Varieté in Dusseldorf, Palazzo in Munich and Frankfurt, and with Circus Salto Natale in Zurich. Enchanting, mesmerizing and sensuous, Vita defies the laws of physics with her performances.