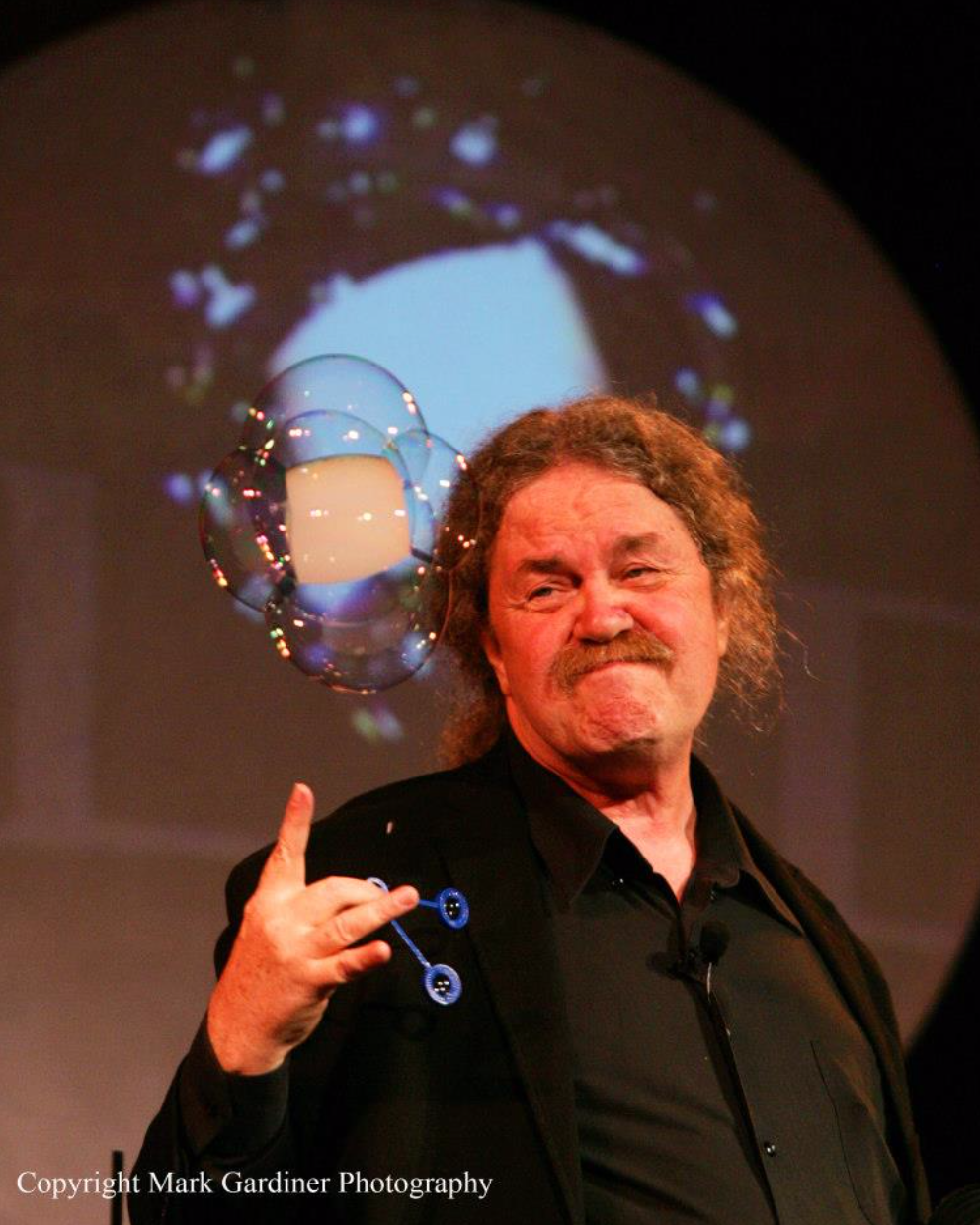 Tom has done something unique in show business … he created a new kind of act. When Tom Noddy first took his performance of Bubble Magic onto the Tonight Show in the early ’80s (the first of 3 such performances on that show), Johnny Carson was able to say “He’s doing something unlike anything we’ve ever seen.”

Tom used the attention gained by those appearances to initiate a series of “Bubble Festivals” at science centers across America and then in several European cities (he says that he knows a good bit about the physics of soap films but admits and he’s funnier than he is smart).