The Duet That Do It 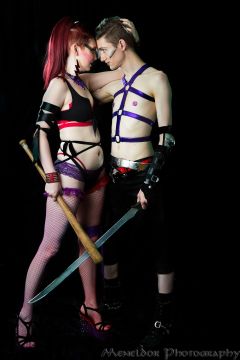 Bolt Action is probably an android running on lightning and the power of rock. Scarlett O’Hairdye is probably an alien spy sent to Earth who got distracted by Star Trek and rhinestones. They met. They married. Now they strip together in a bid for world domination as The Duet That Do It! These extreme ecdysiasts boast performances at the 2014 New York Nerdlesque Festival, the 2015 Hollywood Burlesque Festival, and are the winners of Best Group at the 2016 Great Burlesque Expo! Between the electric moves of Bolt Action and the superheroic sparkle of Scarlett O’Hairdye, your life will never be the same!