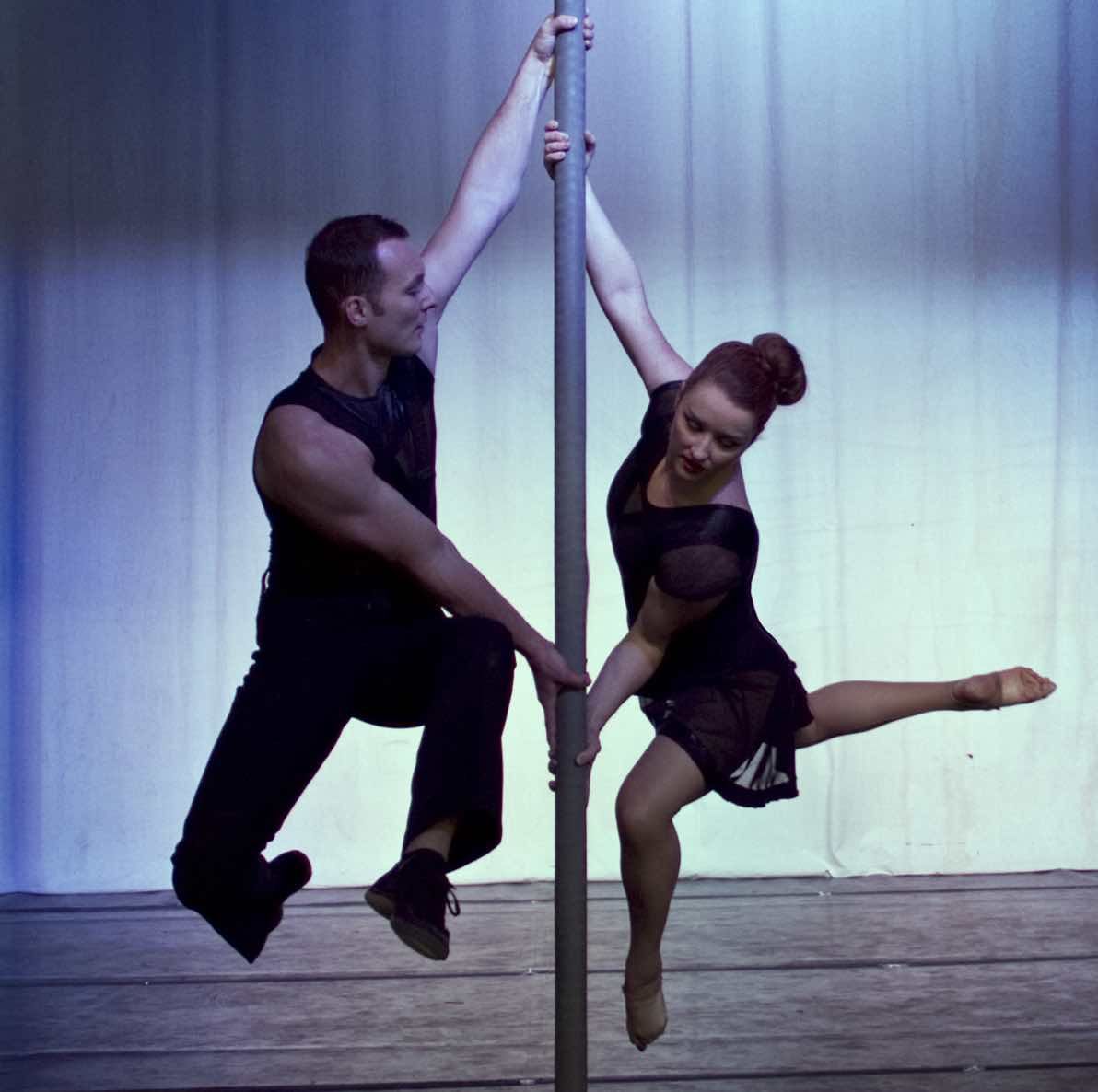 ‘Tempo Turn’ was created by Carly Sheridan and Ivan Dotsenko, it skillfully blends Chinese Pole skills with adagio fluidity. The pole rotates as Carly and Ivan intertwine themselves in unbelievable jaw dropping shapes.

Carly Sheridan earned an Honors B.F.A in contemporary dance and as a child was trained as a gymnast and classical dancer. She has worked with many prominent international circus companies, notably Cirque du Soleil’s production of Varekai. She was a cast member in the Broadway Production of Cirque Dreams Jungle Fantasy and has performed with many significant circus festivals and productions in Europe. Carly has coached at the renowned National Circus School in Montreal, Canada, and has recently founded an at-risk youth circus program in Las Vegas, NV that reaches as many as 500 students annually.

Ivan Dotsenko has been performing since the age of ten, hailing from a multi-generation circus family, Ivan first travelled to the United States touring with the Moscow Circus. He has since worked with Disney, the Broadway production of Cirque Dreams, Cavalia, Seaworld and Cirque Mechanics to name a few. His performances have been featured on European television as well as in many famous European circus productions. Ivan is also an accomplished coach, working with a variety of circus schools in the United States on diversifying and improving their curriculum including Cirque du Soleil’s social outreach program Cirque du Monde.