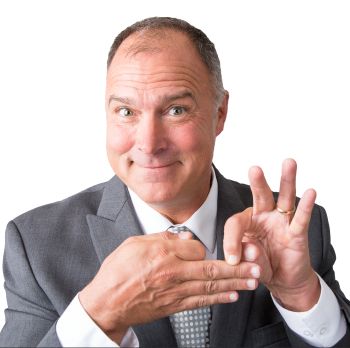 Steve is a full time professional entertainer with impressive references from around the world. He is well known in the variety arts community and has won awards as a creative innovator and  for his comedy.

Born in Canada. At a young age his family moved to Seattle where he attended school, joined the Marine Corps, got married and had two great kids, became a firefighter/paramedic and then fell under the spell of comedy magic. He put together a small show and hit the streets as a busker, Honing his slight of hand skills and entertaining anyone who would stop to watch. Creating a larger show, Steve began performing at local fairs and eventually bringing his unique show across the country and even around the world; From the world famous Magic Castle in Hollywood to the Shanghai Opera House in China, Steve has received rave reviews and gratitude for his family friendly and interactive show.