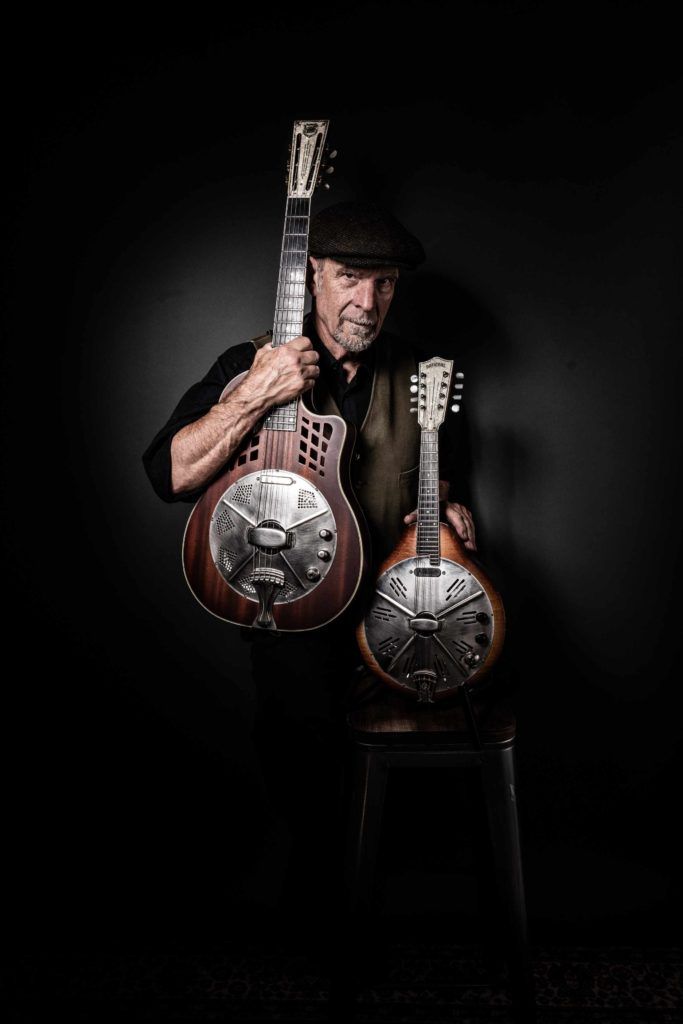 Steve James is a musician, a notable songwriter, one of the best modern bottleneck slide players, a storyteller and a compendium of interesting facts. In the world of contemporary acoustic and roots music, he’s earned his reputation with decades of tireless international touring, a stack of solo recordings, a funny, kinetic stage presence and an unmistakable style of playing and singing.

His own recordings engage with other top notch musicians- Cindy Cashdollar, the Bad Livers, Alvin Youngblood Hart, Del Rey and a host of others. As a sideman, both on stage and on record, he’s played with Howard Armstrong, Bo Diddley, John Hammond, Maria Muldaur, Furry Lewis and James McMurtry…he often gets a shout-out to “get on up here” from the likes of Tommy Emmanuel, Hot Tuna or Chip Taylor. He has appeared on “A Prairie Home Companion”, “Austin City Limits Live”, “NPR Morning Edition” and many other syndicated broadcasts worldwide.

We’re happy to have him back …