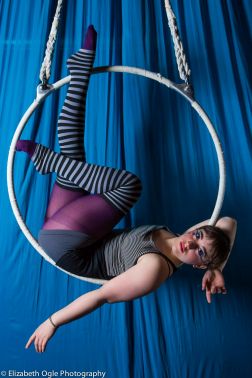 Sadie Rose teaches at UMO School of Physical Theater on Vashon Island and at Seattle Acrobatics and New Circus Arts.

Movement arts is her passion and she has performed as an aerialist, clown and acrobat around the Pacific Northwest since age 15, debuting on aerial hoop in a New Old Time Chautauqua show.

Since then, Sadie has performed as a clown, aerialist, actor, and movement artist in solo and group pieces every year. The Moisture Festival has been a huge inspiration for her since seeing her first show as a kid and she is thrilled to be part of it as a performer for the first time this year.