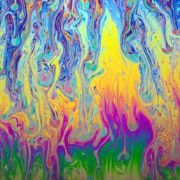 Oliver Parkinson entered the world of circus by way of a diverse athletic background including fencing, rugby, and mixed martial arts. His imposing strength, athleticism, and surprising grace have engrossed us in previous Moisture Festival performances, and now he is back once again, this time with a new partner, Cassie Cutler.

Growing up in Los Angeles, California, Cassie was always bouncing with energy. She began gymnastics at age 5, and competed until the age of 16. From there, she found circus arts. Specializing in aerial, hand to hand, and tumbling she has performed both nationally and internationally and loved every second of it. She hopes to spend as much time upside down as possible and wants the audience to see just how much she loves what she does.