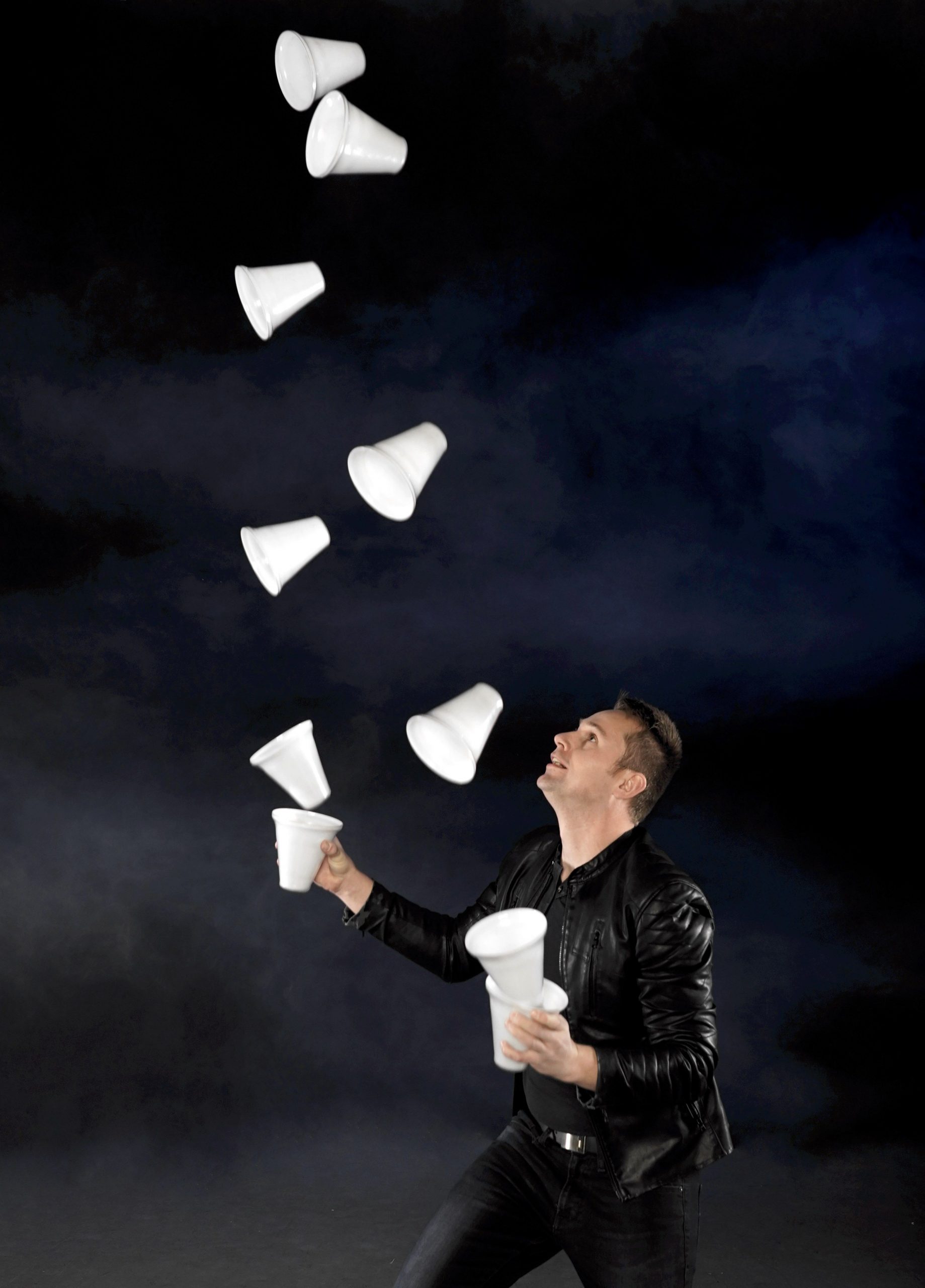 Niels Duinker first thought of becoming a successful international performer when he was 12 years old, and his dream has become a reality. He’s excited to be returning to the Moisture Festival for his third time!Modestly beginning his career in a youth circus in Holland, Niels has been performing full-time and living in the USA since 2016. He first performed nearly 2,000 shows at The Comedy Barn Theater in Pigeon Forge, Tennessee and thereafter headlined with his one-man comedy variety show in Myrtle Beach, South Carolina.His childhood interest in the art of juggling has led this motivated young man on a journey around the world – and it has only just begun. Niels won a Gold Medal in the 2009 Taiwan Circus Festival, set 9 Guinness World Records, and recently received the Award of Excellence from the Museum of Juggling History.More than just a pretty face with a bag full of cool tricks, Niels also has a degree in Mechanical Engineering from the Delft University of Technology in the Netherlands. He has published 14 books about the history of juggling. Sharing his love of the arts with the performers of tomorrow, Niels lectured as a guest artist at two government-funded professional circus schools in the Netherlands: Codarts Circus School in Rotterdam and the Fontys Circus School in Tilburg.While his focus is clearly to entertain audiences beyond their expectations, Niels still enjoys juggling. Regardless of his impressive achievements in the field, he constantly strives to bring new skills, effects, and laughs to his stage shows!