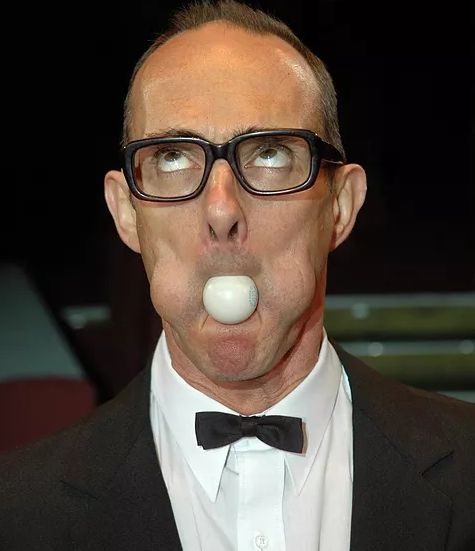 Born on a goldmine in Geita Tanganyika, brought up in Sussex England and at 12 moved to Melbourne Australia and now living in Montreal. Tim’s childhood dream was to be a clown and not to have a Bachelor of Education in music and drama from Melbourne University so in 1978 he threw his degree away and started devoting himself to the development of Mr P.P. a neurotic, meticulous yet very lovable character, whose fascinating career has kept Tim alive and kicking for over 35 years.

Tim was the Police Seargent in the Broadway version of “The Pirates of Penzance”. He performed many seasons touring Australia and New Zealand and then was in the Australian tour of “H.M.S. Pinafore” as Dick Deadeye, playing with Paul Eddington as Sir Joseph Porter.

Tim was invited to be in the Australian Ballet’s and the Sydney Dance company’s “Tivoli show” and was in the “Pomp Duck and Circumstance’s” Off Broadway New York and Atlanta seasons.

​He has worked in Theatres, Variety shows, festivals and dinner shows around the world included extended engagements in Seattle’s Teatro Zinzanni. We are so happy to have him join our line up at the 2021 virtual Moisture Festival