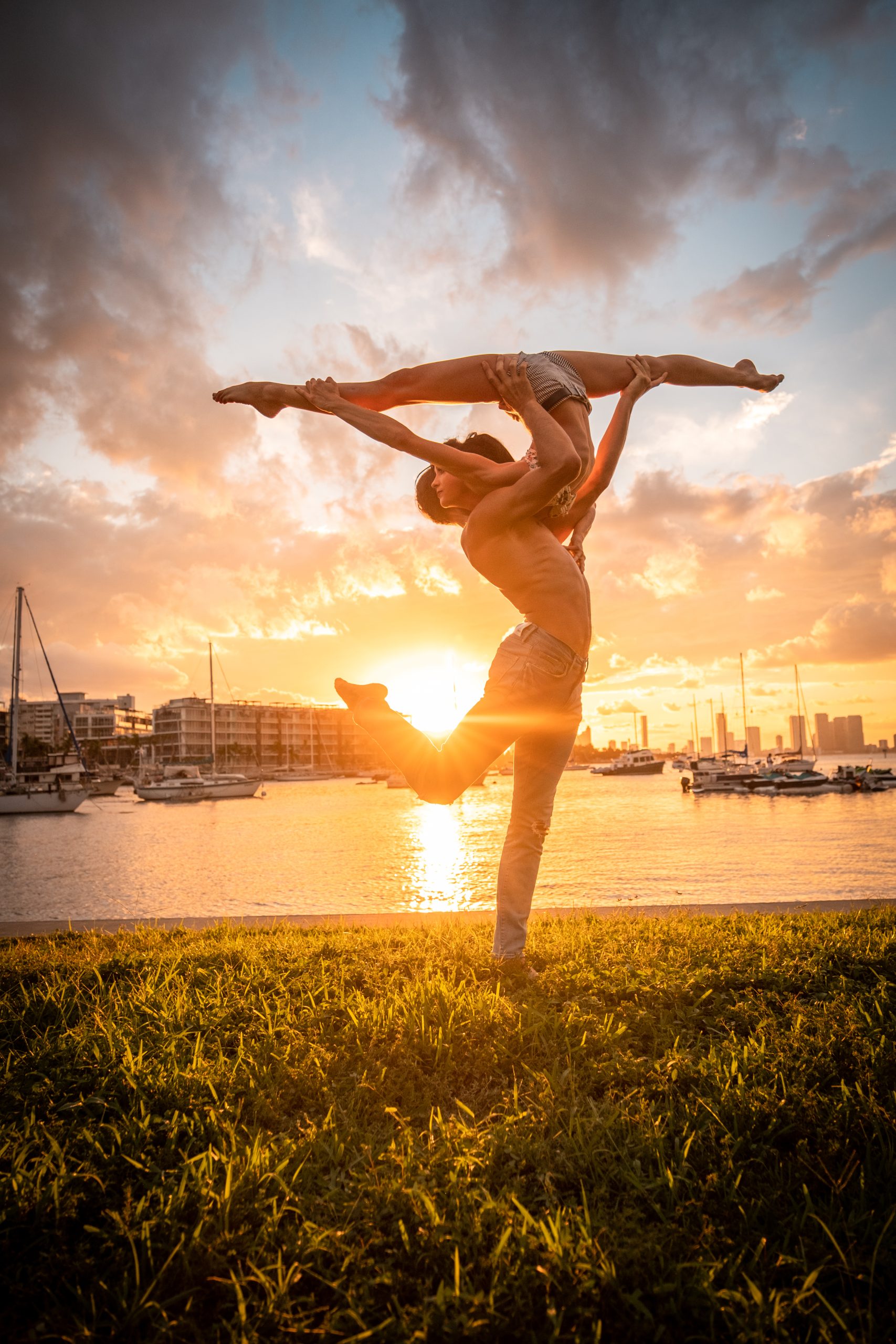 They are both performing solo in this year’s Moisture Festival and each alone is a wonder to behold. But now we’ll see them together on stage and it’s silly to try to use words to describe … just see them.

MP (Mary Pat Letourneau) is an award-winning choreographer and performance artist with 8 years of experience performing nationwide as a contortionist, pole artist, aerialist, and dancer. In this capacity, she toured the United States working for various entertainment companies and performed in three long-running hit resident shows at the prestigious Faena Hotel in Miami Beach.

She recently wrapped up a year and a half contract performing in Tryst Cabaret at Faena Theater, specializing in combining the element of fire with contortion and pole, and has created a duo act with hand balancer Andrey Moraru.  As a graduate of Columbia College Chicago in 2015, with a BFA in Dance, she utilizes her knowledge of anatomy, kinesiology, and Mongolian contortion techniques she’s learned from various coaches to teach flexibility and contortion classes, including private instruction and coaching.

Andrey Moraru studied at Kiev State College of Circus and Variety Art in Ukraine. During his 4 years there, Andrey was taught by Vitold Kuvshinov, a renowned balance teacher. In 2005, Andrey immigrated to the United States. He was invited to join “Le Reve” an aquatic show at “Wynn Las Vegas Hotel”. After leaving the show he toured all of United States with different companies which include Cirque Productions, Cirque De La Symphonie and Quixotic. His European credits include Flic Flac, Palazzo and Festival “Mondial Du Cirque De Demain”.