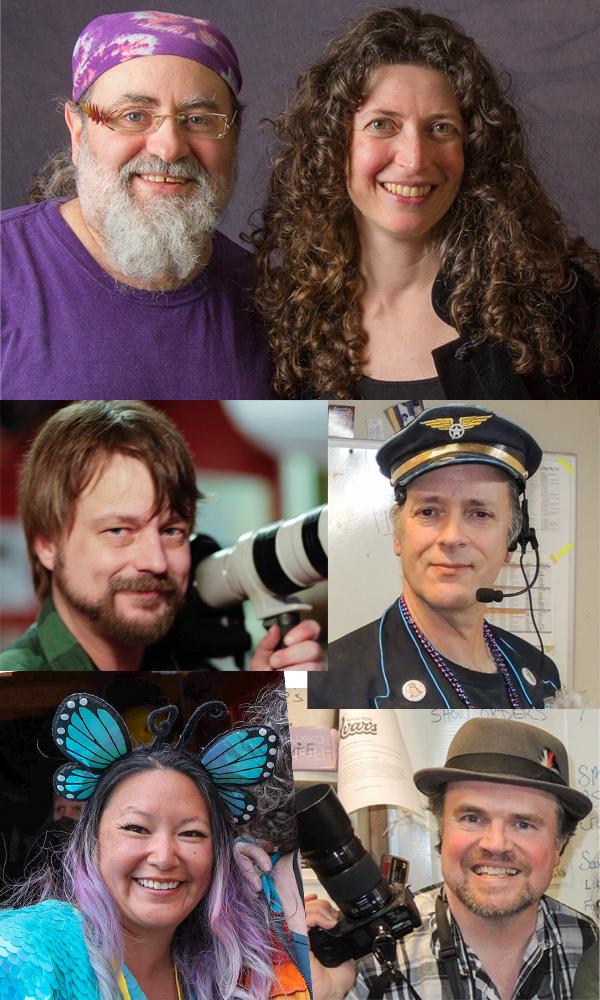 Before the very first Moisture Festival in 2004, photographer John Cornicello was summoned to take photos of a new upcoming event. Shortly thereafter, the festival opened in a tent in Fremont. No one thought to document the festival itself until year 2, when John and Michelle Bates began their ongoing roles as the Moisture Festival’s official photographers, capturing the shows, the staff, volunteers, audiences, and venues and providing the festival with a way to show the world what the heck a Moisture Festival is. Over these 18 years, John and Michelle have been joined by Mark Gardiner, David Rose, James McDaniel, Rob Falk, Alison Park-Douglas, Sandy Lam and others to create an archive of the festival and give the performers a selection of top-notch photos of their acts.