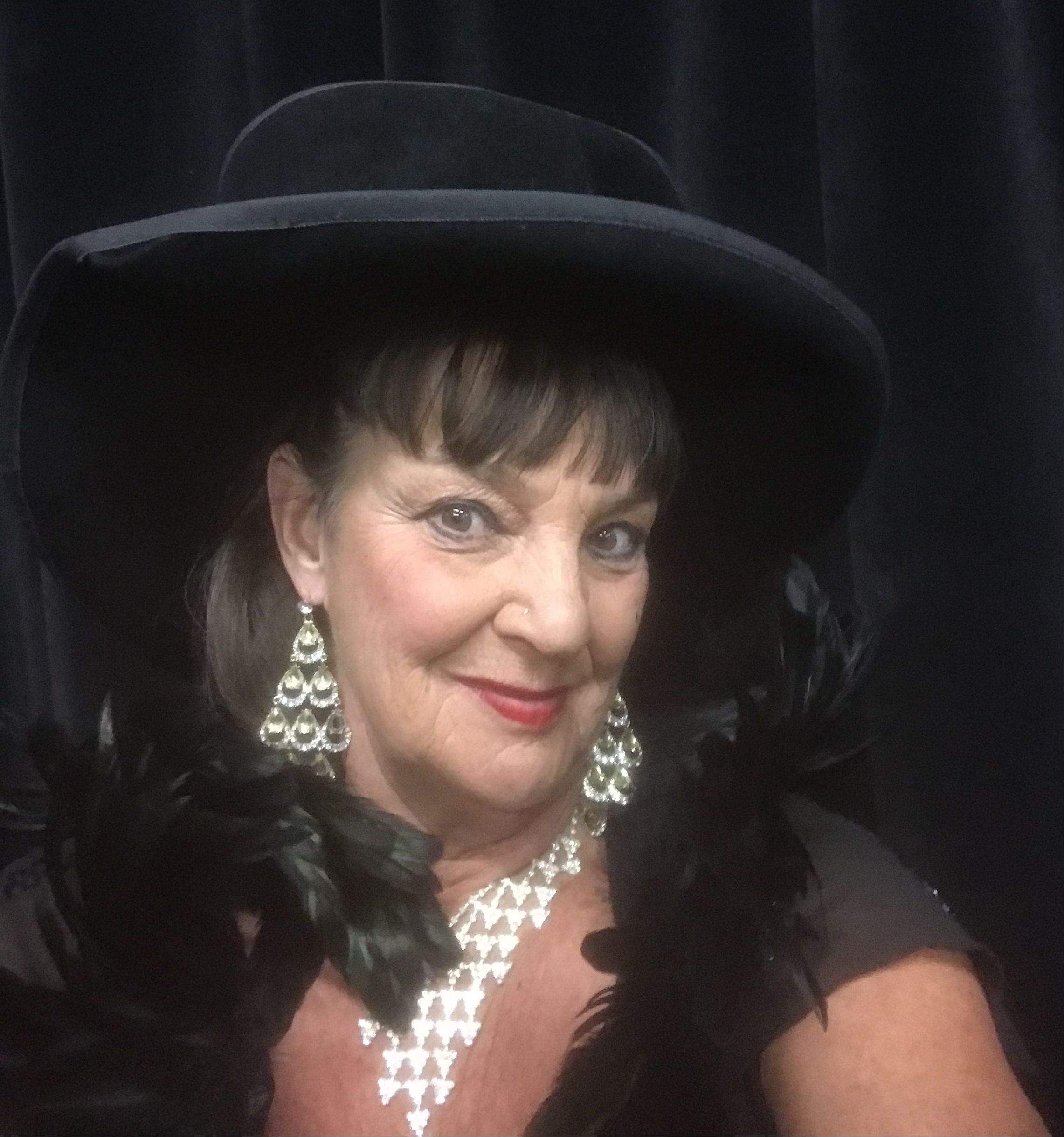 AKA Dolorèze Léonard
European Weekly referred to hers as “a voice that Louis Armstrong would have envied.”

Business Woman Magazine called her a “French Canadian girl who blossomed into perhaps one of the most daring and spirited woman performers of her time.”

SF Chronicle singled her out among the “contingent of French Canadians and Cirque du Soleil alumni” as “the lusty mistress of ceremonies” a sort of “Mae West with a zesty Quebecois accent.

Dolorèze Léonard, legendary Quebecer has been rolling her artistic bump for 42 years on the planet. She is at the origin of the beginning of the creation of the “Cirque du Soleil”. She puts “into the world” several dinner shows in Europe and the United States.

For 13 years, she worked at Cirque du Soleil as an event organizer / clown in residence, with employees in the always tasty role of Madame Zazou.  During this busy career, she has always made room for teaching the art of jester, clown, and character creation, where rich in her experience, she shares these disciplines that she particularly likes.

A great traveler, she has traveled the world to enrich herself with human experience and creation.