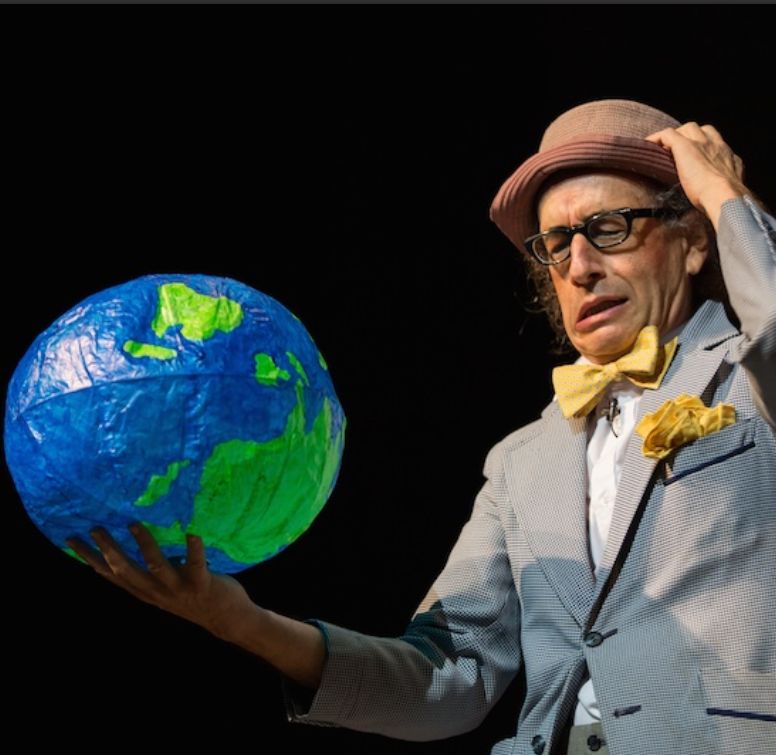 Moshe Cohen (Mr YooWho) creates, performs and teaches in the world of ‘the funny.’  For 40+ years now, he has pursued excellence in the elusive art form called Clown, seeking to bring more lightness and laughter into the world through his actions, be it as a teacher, performer or actor.

Moshe discovered his funny as a street performing juggler on Rue Prince Arthur in 1983. He embraced the role of funnyman, or as they say in Quebec, amuseur publique. A pathway quickly opened leading to European Street Theater Festivals, Canadian Children’s Theater and Folk festivals,  Theaters,  Varieté,  Circus … Moshe has performed in hundreds of festivals such as Anjos Do Picadeiro (Brazil), Winnipeg Children’s Theater Festival (CAN), Barcelona Olimpiada Cultural (SP), Oerol Festival (NL) and Les Accroches Coeurs (F). He has also played in theaters such as the Guanzhou Civic Theater (China), Teatro Jordi Isaacs (Cali, CO), Klein Komedie (Amsterdam) and the Noh Space in San Francisco.

Moshe has participated in several big/small screen projects, most notably in a supporting role in Dorris Dörrie’s 2016 movie “Grüße aus Fukushima.” The movie was shot in Japan and Germany, and premiered at the Berlinale where it won several prizes.

Moshe teaches in Clown/Film/Theater Schools, Zen Centers, Spiritual Learning Centers, Corporations, Medical Clown Groups, Conferences, Universities, and NGO’s. His pedagogy has evolved over 30 years of teaching and continues to expand in the exploration of the world of non-verbal humor and lightness. He began teaching Clown in 1993 at the San Francisco Circus Center. In 2001, Moshe started teaching Clowning Your Zen workshops with Roshi Bernie Glassman, shifting the focus from performing to lightfulness. Moshe continues offering workshops both in the realms of clown and lightfulness. He teaches workshops with Zen Masters interweaving Zen meditation and Clowning practice. He trains Health Care Clowning groups internationally.

Moshe has worked extensively in the Clowns Without Borders world, founding the US chapter, participating in over 30 projects. For a long period of time he was the executive director, then board president, and currently is an emeritus board member.

Moshe is the Closhi (guru of subtle humor) of the Order of Disorder of the Zen Peacemakers, and tries his best to live up to the OD motto, ‘Don’t be here Now.’