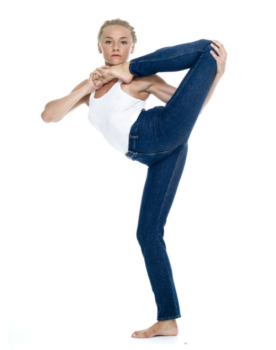 Ekaterina was born and raised in Russia. She began performing at the age of five as a rhythmic gymnast and became a member of the Russian National team, competing successfully in numerous international championships. In 1999 after retiring from the competitions she moved to Washington,DC to continue training as a dancer. In 2001 she joined the acrobatic dance troupe Anti-Gravity and moved to New York City, where she started training as a contortionist and aerialist. Later Ekaterina transferred those skills to a professional career in circus, dance and burlesque, specializing in physical comedy, contortion and aerial arts. Her performances range from short solos to full-length shows, large-scale extravaganzas, and strolling installations. Ekaterina employs showmanship, original costumes and every possible type of stagecraft to immerse the audience in an interactive and entertaining experience. Her work reaches across genres, demographics, venues and tax brackets and she believe that performance in any context can change behaviors and challenge beliefs.