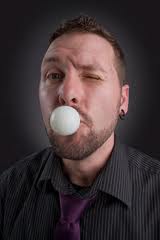 Matt Baker is a Guinness World Record holder, was voted Seattle’s Funniest Prop Comic and has performed his comedy stunt show in over 14 different countries. He’s appeared on numerous television show including Last Comic Standing and America’s Got Talent where Sharon Osbourne called him “Hilarious” and Piers Morgan described him as, “hip, funny and well choreographed: the total package!” His comedy never stops even when performing stunts like catapulting vegetables, spitting ping-pong balls at volunteers or performing his famous garden weasels of death. You’re going to like Matt Baker.