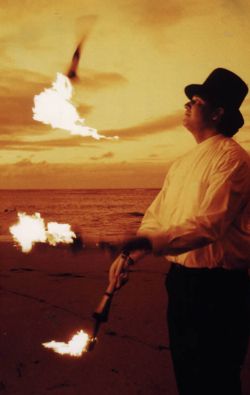 Even as a child Marcus was always putting on shows and making people laugh entertaining family and friends. By the age of 23 he was traveling with Ringling Bros. and Barnum & Bailey Circus. While crossing the country and learning from the best in the world Marcus was truly blessed to have such a wonderful foundation for the start of a very successful career in the entertainment world.

With 15 years in the biz and thousands of comedy performances under his belt Marcus is now one of the up and coming performers of the new millennium. He’s made numerous appearances on National T.V. & in Film. He has also headlined, sold out and received rave reviews at some of the best theaters in the U.S. If you are in the market for a true professional… you would be hard pressed to find better.