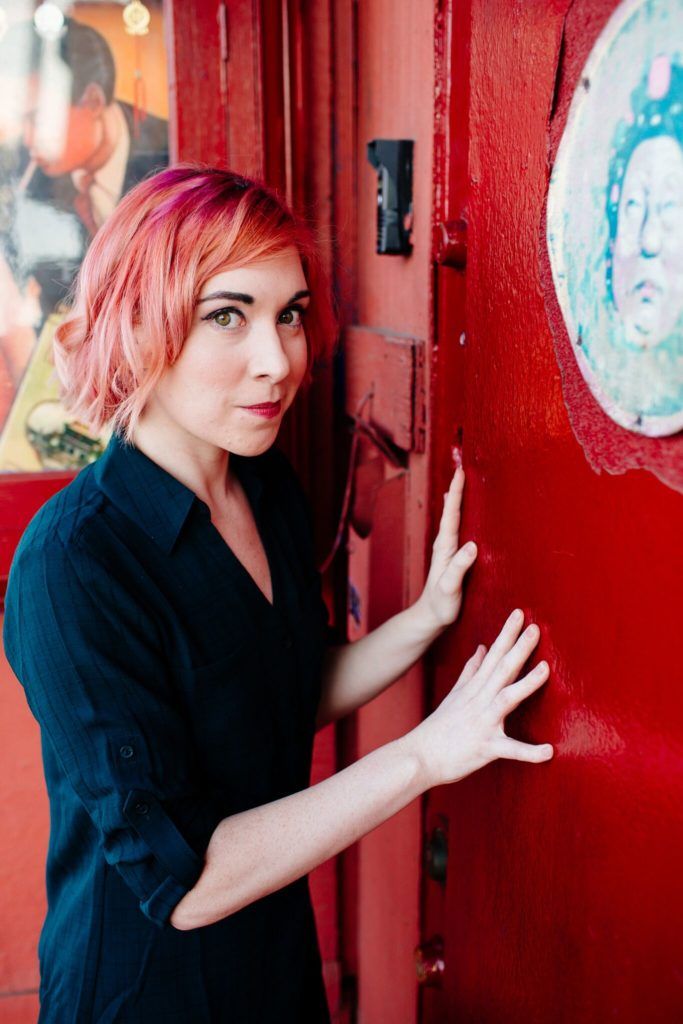 Growing up in Calgary, Alberta, Canada as a young child, Carisa was an avid youth volunteer. That’s how she met the actors, magicians, and circus performers who would later shape her early career. At the age of 16 Hendrix’s interest in carnival sideshow stunts was sparked by a chance encounter with an elderly sideshow freak and the misguided support of a school chum. After only a few months of training, she began doing small shows despite their astonishingly low quality.

Carisa was fortunate to work alongside a long roster of talented artists and entertainers early in her career. These individuals provided encouragement, skills and support, opening her eyes to a variety of different performative styles and kept her thoroughly intimidated for many years.

Carisa studied acting, dance, comedy, circus, prop manipulation, vaudeville, burlesque, modelling, and magic. After being accepted to ACAD (the Alberta College of Art and Design) in 2007, she also studied performance art, design, and video. This varied, if not slightly maddening, education is responsible for the signature style that Hendrix is known for.

Carisa Hendrix is a respected magician, and variety artist known for her skills as a circus stunt girl and bubble performer. She’s been featured in the Guinness Book of World Records and Ripley’s Believe it or Not.

Carisa was recently given the Stage Magician of the Year award at the world famous Magic Castle.

You might know her from her appearances in 2 popular Youtube projects Protector’s Chronicles (300,000+ combined views) and The Art of Slow Motion Fire Eating (75,000+ views). Or perhaps you recognize her for the expertise she displays in her best selling instructional DVD on Fire Eating as well as the 1000+ fire eating students who have learned from her first hand in classes all over Canada & the USA.

Magic arrived on her radar at a young age. “I would sit with my dad and watch David Copperfield, Max Maven’s show, and other TV magic specials. He’d ask, ‘How do you think he did that?’ I’d come up with some outrageous— and wrong—method and he’d say, ‘Yeah, I think you’re right.’