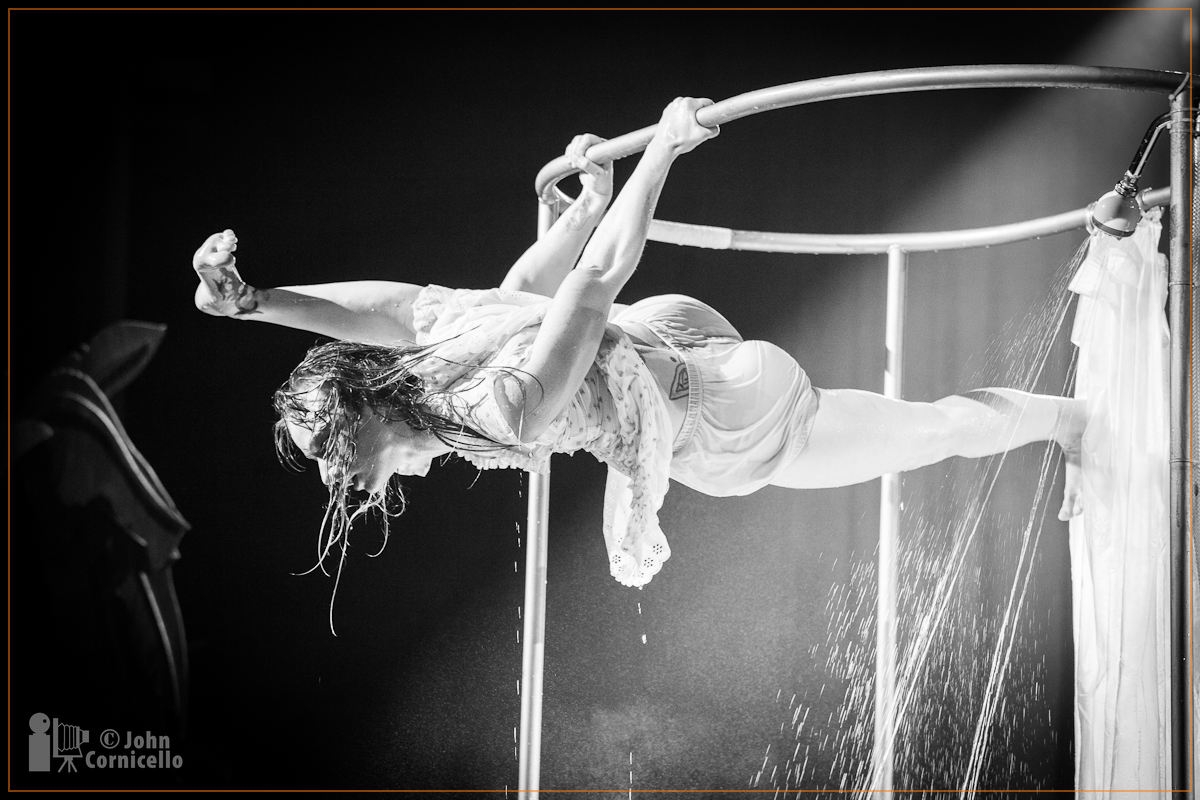 Since settling in Seattle in 2008, Liza has worked with the Aerialistas, Manifold Motion, the Atomic Bombshells, Lily Verlaine, the Seattle Erotic Art Festival, the Moisture Festival, cellist Zoe Keating, Mezzo Lunatico for Teatro ZinZanni, Can Can Productions, and has become a regular attendee at the prestigious annual Theatre Makers Residency at the Smoke Farm in Arlington, WA. She has toured extensively in the U.S., and has recently performed at the Big Range Dance Festival in Austin, The New York Burlesque Festival, and the New Orleans Fringe Festival. She is known for inventing sculptural aerial apparatus, and in addition to her infamous bathtub, she is regularly seen dangling from and/or doing the splits on a tree swing, an umbrella, a 20×40 foot spider web, even a great big chandelier. She is the founder of avant circus company ticktock, and she teaches aerial at Versatile Arts, where she also runs an ensemble performance group for pre-professional aerialists, the Versatile Repertory Company. She started 2012 out with a bang by co-producing Fhysical Graffiti, an immersive art experience involving 18(!) artists of different disciplines Fred Wildlife Refuge in Seattle. She is beside herself with glee to be performing at the Moisture Festival for the sixth consecutive year. Keep up with her at lizaroseaerial.com.