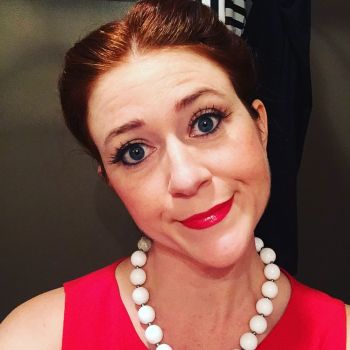 Lindsay Benner is a beloved staple in the variety arts scene of Los Angeles. In 2019 she made history by being the only non-magician ever to be nominated for the Magic Castle Awards and she was nominated for a second year in a row in 2020. Lindsay mixes classic vaudeville tricks with a theatrical, seductive spin that gives her audience a unique and memorable experience like the greats of a bygone era. Before moving to Los Angeles in 2007, she honed her skills as a street performer in San Francisco and at festivals all over the world including the highly respected World Buskers Festival in New Zealand.  She is a premier member of the Los Angeles variety and comedy scene performing regularly at the Magic Castle, the Comedy and Magic Club in Hermosa Beach and Brookledge Theater while also touring her hour long show around the United States and across the world including the Edinburgh Fringe Festival. She produces the only all female variety show in Los Angeles called “Women in Vaudeville” which runs monthly at the Bob Baker Marionette Theater. Lindsay is a big fan of the Moisture festival and she continues to be inspired by the performances and people she meets there as well as the brilliant staff that keeps the festival running and the warm feeling of community she feels whenever she has the pleasure of taking part in it.