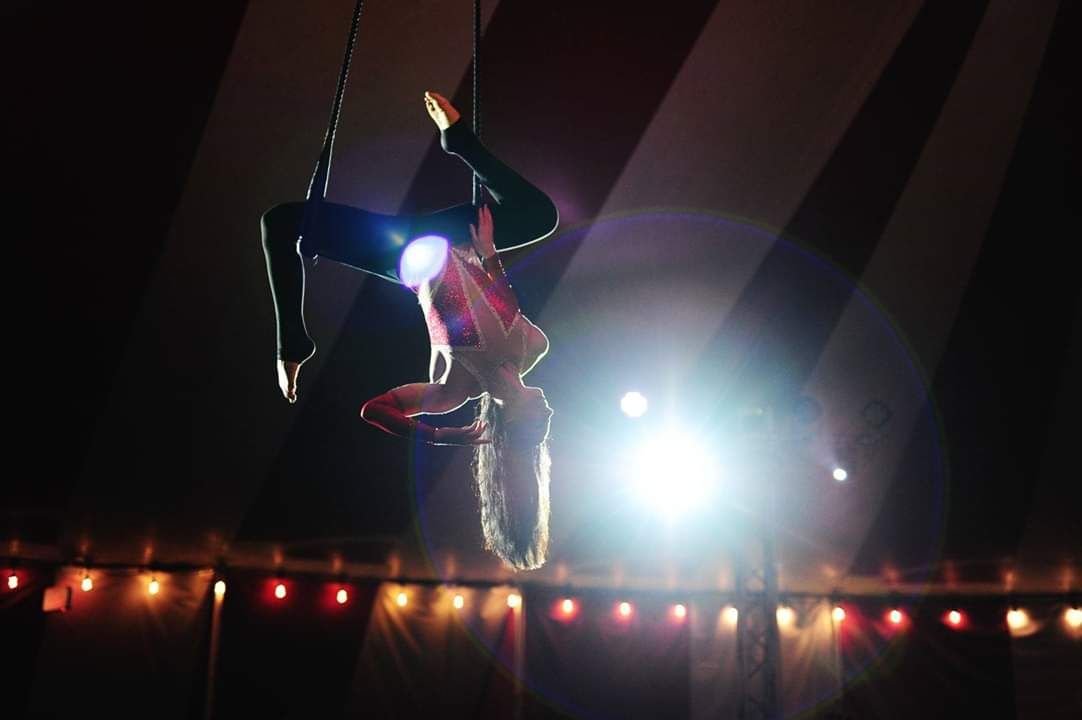 Laura specializes in athletic and innovative aerial silk. In addition to silk she also performs on sling, dance trapeze, Spanish web and lyra.
She has been called a visionary in the silk world by many of her peers.
Her performance work expresses her artistic curiosity in modern circus mixed with her love of the showmanship of traditional circus.  She most recently spent 18 months touring the country with The Venardos Circus, helped create and performed in another traveling tent show,  and won first place in the the professional silk category of the only competition she had ever participated in.  Currently you can catch her a couple of times a month performing at The Pink Door in pikes market, and teaching/performing with the Bellingham Circus Guild.  She is excited to be back in the PNW with the Moisture Festival.
Website: lauragwendolynburch.com
IG: laura_gwendolyn_burch
Facebook: Laura Gwendolyn Burch