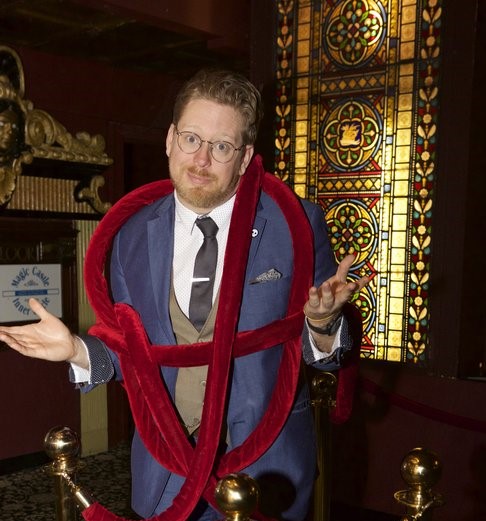 Growing up in Orlando, Florida, Jon became fascinated by the magic he saw in the theme parks around him and dreamed of having his own show. This dream came true when Disney asked him to bring his act to Epcot and he became the resident magician at Walt Disney World. He was only 20. After spending 5 years doing his show at Disney World, Vegas called and Jon answered, becoming a recurring headliner at Caesar’s Magical Empire. It was between these runs in Vegas that Jon started doing tours all over the world as both a performer and lecturer, teaching others how to add humor and entertainment to their magic.

When you see him live,  Jon’s hope is that you will laugh at his original humor, be amazed by his skills and most of all, feel like you made a new friend.

We’re lucky to have him at this year’s Moisture Festival!