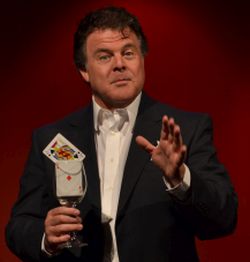 is no ordinary “magician”. His approach is smart, engaging and always surprising. He is widely acknowledged as one of the top sleight of hand magicians in the world with smart, unique, and often hilarious presentations. Hollywood’s Magic Castle has awarded Carney more awards than anyone in their history, the only performer to win in every category.

He has performed in casinos in Atlantic City, Lake Tahoe and Las Vegas.

He has served as spokesman for MasterCard, performing magic for their national television commercials.

Carney embodies the state of his art, combining exceptional skill and creativity with pure entertainment.