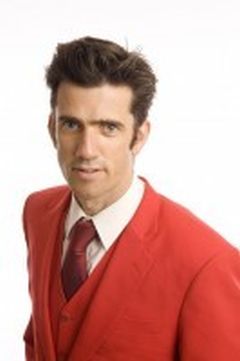 Joel Salom is an Australian smarty-pants. Not only does he have “crackerjack timing, ambidextrous expertise and astounding balance” (LA Times), he also juggles his two kids with his gorgeous wife, an international stage career, and his new worldwide business, Chuka Chuks! He seems to have some how reinvented juggling, made it musical and is sharing it with the world. Joel has toured extensively as a comedy juggler throughout Europe, Asia, Australia, New Zealand, and the US. He is excited to be back in Seattle with his family, to play with his other family, Teatro ZinZanni. Yee Haw!