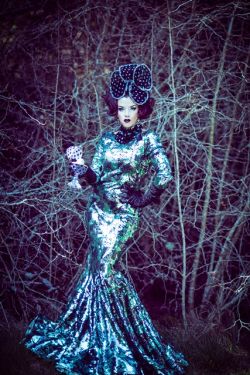 J. Von Stratton has been delighting audiences in the Seattle area for over a decade. She is the 2015 Queen of Roses a la the Oregon Burlesque Festival. J. Von Stratton is a dancer in The Atomic Bombshells. She has been fortunate to have shared the stage with entertainment’s most intriguing performers including Dita Von Teese and Macklemore & Ryan Lewis. These past years have been a whirlwind of excitement, having performed around the U.S, Canada, Ireland, Germany, Finland, Portugal, China, and Australia. J. Von Stratton is not only a performer, but is also a nationally recognized designer. She has worked with clients and businesses around the world, but is most known for her work on RuPaul’s Drag Race season 5 and 6.