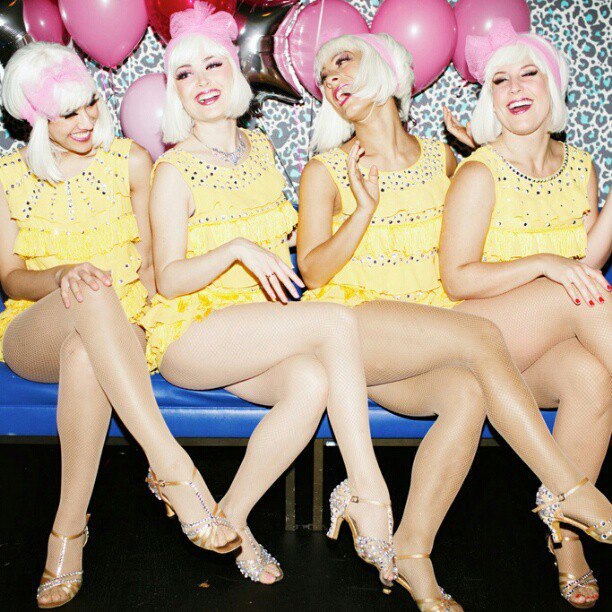 The Heavenly Spies began in 2003 and are now celebrating their 10th year anniversary of sleuthing, slinking and sparkling on Seattle stages and beyond. They made their mark in the Neo-Burlesque movement in 2007 as the winners in Burlesque’s most prestigious competition, The Miss Exotic World Pageant and have continued to wow sold out audiences with their death defying high kicks and gravity defying hair. The Heavenly Spies have performed in venues such as Can Can, Triple Door, ACT Theater, The 2006 Super Bowl, Qwest Field, Safeco Field, Pink Door, Moore Theater, On The Boards, The Pampas Room, Benaroya Hall and Seattle Art Museum and in festivals such as The Seattle International Cabaret Festival and The Moisture Festival. Members of The Heavenly Spies include founder and choreographer Fae Phalen AKA Agent Rhinestone, Kimberly Galore, Coco Capone, Kissy French, Violet Hour and Sultry Songstress + host Caela Bailey.