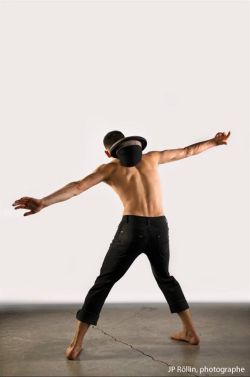 It all started when Ezra’s dad taught him how to juggle; after that there was no stopping him. As a youth he was performing street shows at local Seattle Festivals. After refining his skills at The School of Acrobatics and New Circus Arts and Versatile Arts, he went on to perform with Circus Smirkus in New England. After graduating from Ecole national de cirque in Montreal, Ezra has gone on to perform in Canada, United States, Europe, South America, and touring Switzerland with Circus Monti. Inspired by his love of juggling Ezra has combine his hat manipulation with strip to create a unique and original performance. Ezra is drawn to circus by his love of music, movement and creative collaboration.