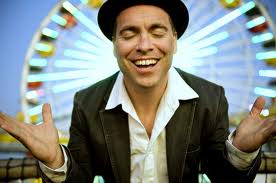 Eric Schwartz’s razor sharp, adults-mostly, on-the-spot wit combined with his exceptional musicality have made him a stand-out performer when appearing on the Comedy Central Stage (in Sit’n Spin); with comedy masters like Jim Norton, Rich Vos, Bobby Slayton and Jim Florentine on “The Bad Boys of Comedy;” at clubs (The Improv, The Comedy Store, The Ice House), on the radio (Howard Stern 100, NPR’s All Things Considered, Doctor Demento, and Air America), and on the web, where his edgy, political YouTube videos chalk up millions of hits and garner him illicit proposals from all corners of the globe.

His is a powerful presence onstage, backstage or around a campfire. We’re happy to have him back this year.