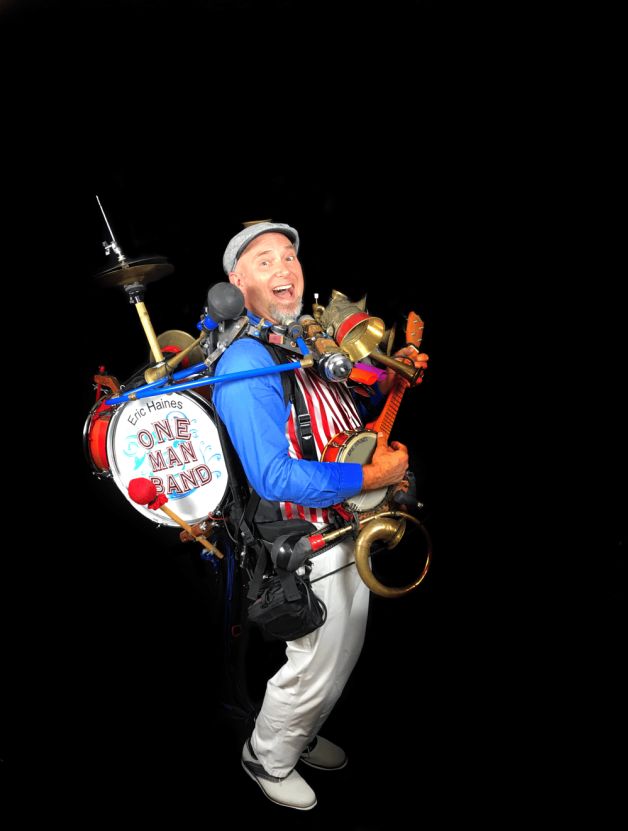 Haines has appeared on The Gong Show and Dr. Demento, and he’s opened for Weird Al Yankovic, Neal McCoy, and Louie Anderson who raved, “Engaging, honest and heartfelt – you will love him!”

He has performed over 8000 shows for premier clients such as Pepsi, ABC TV, and Microsoft, and has been featured by Time Magazine.

Eric’s classic one-man band fits in wherever people gather for fun—with a bass drum on his back, a banjo over his shoulder, and plenty of bells and whistles everywhere else!