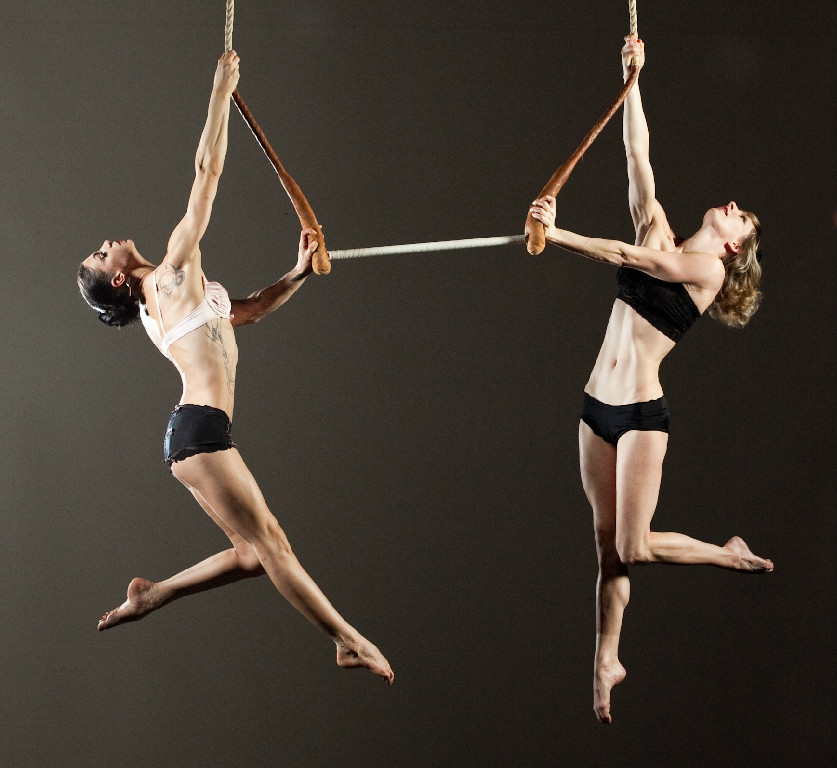 When the two ladies of this stunning and sexy new duo met, it was trapeze love at first sight. Together, Cameron and Marina as Duo de Luna, relay through their movements the complexities of any relationship; the light and the dark, and in particular, the challenges of being in love with your art. Circus is a hard task-mistress, she will bruise you and break you in a second. And yet, if you put in the work, if Circus blesses you…well, that’s just the start of the story.

As Duo de Luna, Marina and Cameron began performing together in June of 2011. In August they performed in San Francisco at Teatro ZinZanni’s “Cabaret Lunatique.” In December they traveled to Europe to perform in Cascade’s “Equi-Libre” in Utrecht, Netherlands, then rang in the New Year performing at Supperclub Amsterdam. Regulars at Supperclub SF and with TrapezeWorld production company, Duo de Luna consistently thrills their audience.