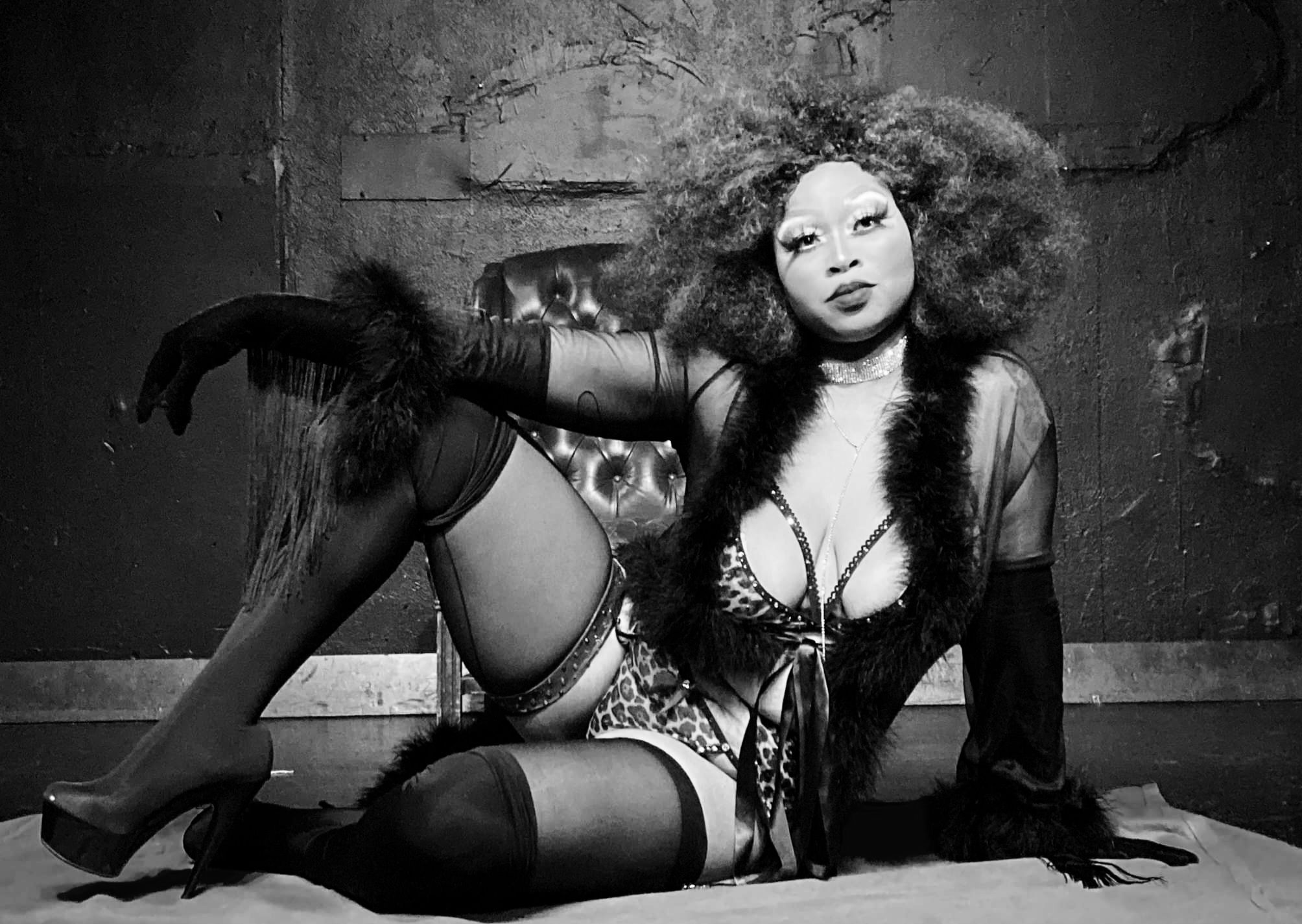 Known as The Gritty City Titty, The LionHeart of Draglesque, and The Face Shifting Shimmy God, D’Monica Leone is a zoo of artistry at its finest. As a model, MUA, Intimacy Doula, Draglesque Entertainer, Drag Queen and King, they are dedicated to dismantling societal beauty standards and advocating for representation of BIPOC, trans, and nonbinary beings. Spreading wisdom of self-love and healing, this Thempress is on a mission to nurture and empower the masses.

A graduate of Miss Indigo Blue’s Academy of Burlesque, D’Monica straddles both drag and burlesque intricately presenting the artform of draglesque. As a youth, memorizing music video choreo by LaurieAnn Gibson and admiring the flambuoyancy of drag is what birthed this artist. At a ripe age, they began their background in hip hop dance and improvisation in which they incorporate Jazz, African, and current day styles and techniques within their choreography. These skills landed them as the Choreographer for Seattle’s music video “Been Around (Since The Old Days)” in collaboration with The OldProProject and residencies as a drag artist and gogo dancer. They’re also half of the duo group, “The Leone Sistaz” and has had the pleasure of guest performing for The Gritty City Sirens at The Tacoma Little Theater. With a slight competitive nature, they competed for The GrandMaster Funk title at What The Funk?! An All BIPOC Burlesque Festival at The Triple Door in Seattle, WA. Not to mention their guest appearances in Portland and Las Vegas! D’Monica not only appeals to mature audiences, but also co-produces and co-hosts Confections: an all ages drag show at Alma Mater in Tacoma, WA.

As a nonbinary Goddexx, they are focused on mentoring new up and coming performers, guiding them through the artistry of drag and burlesque along with not only developing their stage identities, but also developing an internal connection with oneself. This sassy Seductrexx exudes a decorative aura of body positivity and sexual charisma. And they will continue knocking down barriers one twerk at a time.