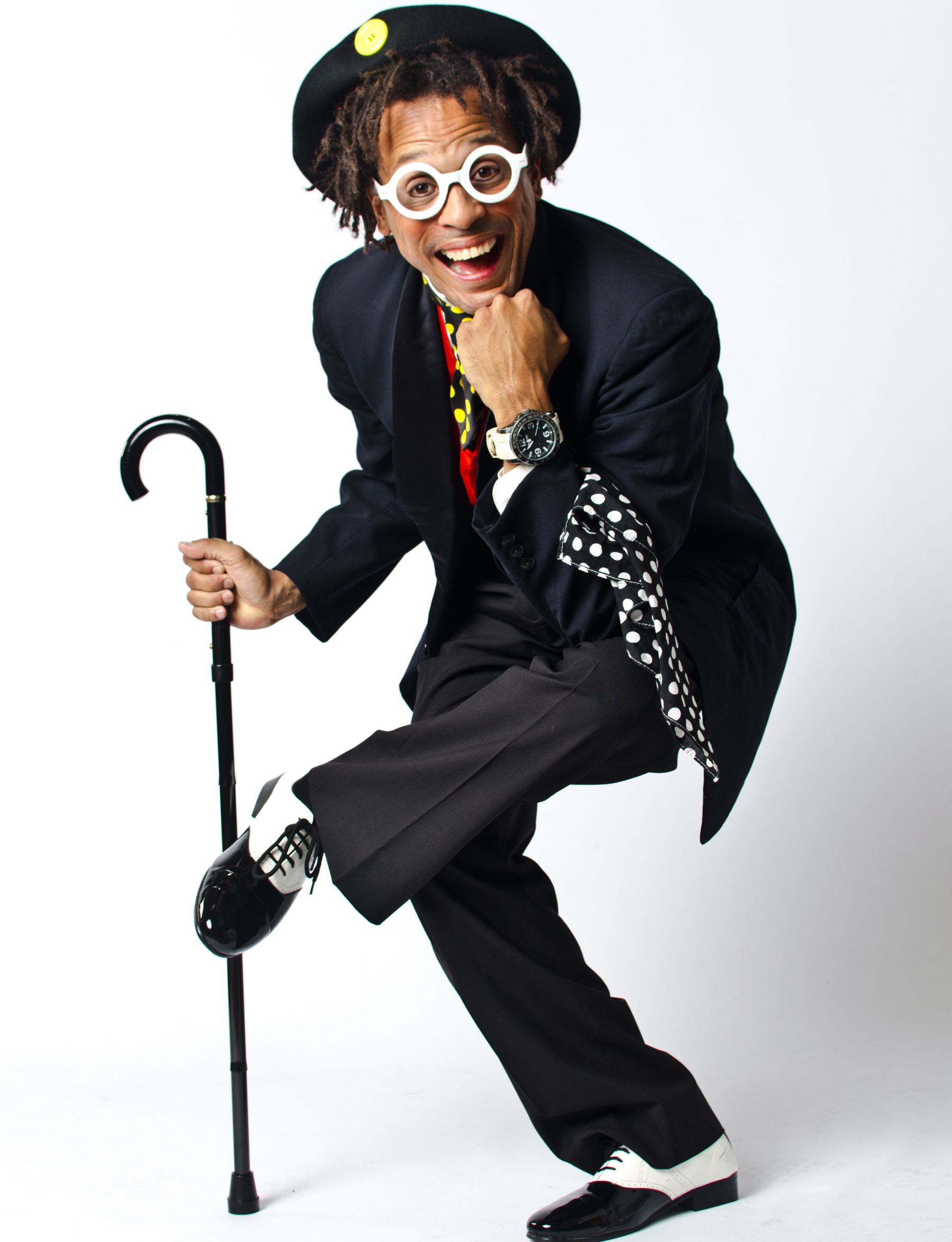 Unique Derique is a longtime San Francisco Bay Area favorite whose dual careers merge the performing arts and healing with the belief that the world can be a brighter place, one breath—and one laugh—at a time. The Clown Prince’s artistic side comes out to play with classic physical comedy whose performances have spanned the globe, including South Africa, Scotland, Taipei, London, Paris, and Tokyo. With television credits including It’s Showtime at the Apollo, the Disney Channel, KQED’s Spark, Univision’s Sábado Gigante Internacional, and KQED’s Emmy-winning show Short Stories and Tall Tales, Unique Derique has shared the stage with entertainers such as Bobby McFerrin, The Temptations, Laura Nyro, Tuck and Patti, Lou Rawls, Sammy Davis, Jr., and with The Flying Karamazov Brothers in The Comedy of Errors on Broadway. His clowny past includes stints with Make*A*Circus, Circus A La Mode, and the famed Pickle Family Circus. This multi-talented artist’s experience also includes serving as Program Director for Circus Arts Camp at Children’s Fairyland, artist-in-residence with Prescott Circus Theatre, and as a performer for Bread and Roses Presents. His one-man comedy show Fool La La has played regularly at San Francisco’s and Berkeley’s The Marsh Theatre since 2015, usually with a delightfully different twist in each season’s version. In response to the past two years’ pandemic world calling for hybrid entertainment, Derique’s holiday 2021 show offered both online and limited live audience performances.

Described as “exhilarating,” the San Francisco Examiner has said of Derique, “he leaves them laughing coast to coast.” Hailed by The New York Times for his Hambone skill, he has also been lauded by the San Francisco Chronicle, who declared, “Derique will be back… remember the name. ”When not bringing joy to all ages as a professional clown, his alter-ego Lance McGee is a Trauma-Informed Wellness Consultant, Drama Therapist, and Mindfulness Coach providing support to school educators, administrators, staff, and students. His work also includes training SFJAZZ teaching artists and educators who work with youth, as well as leading workshops for non-profit organizations, health clinics, colleges and educational systems.