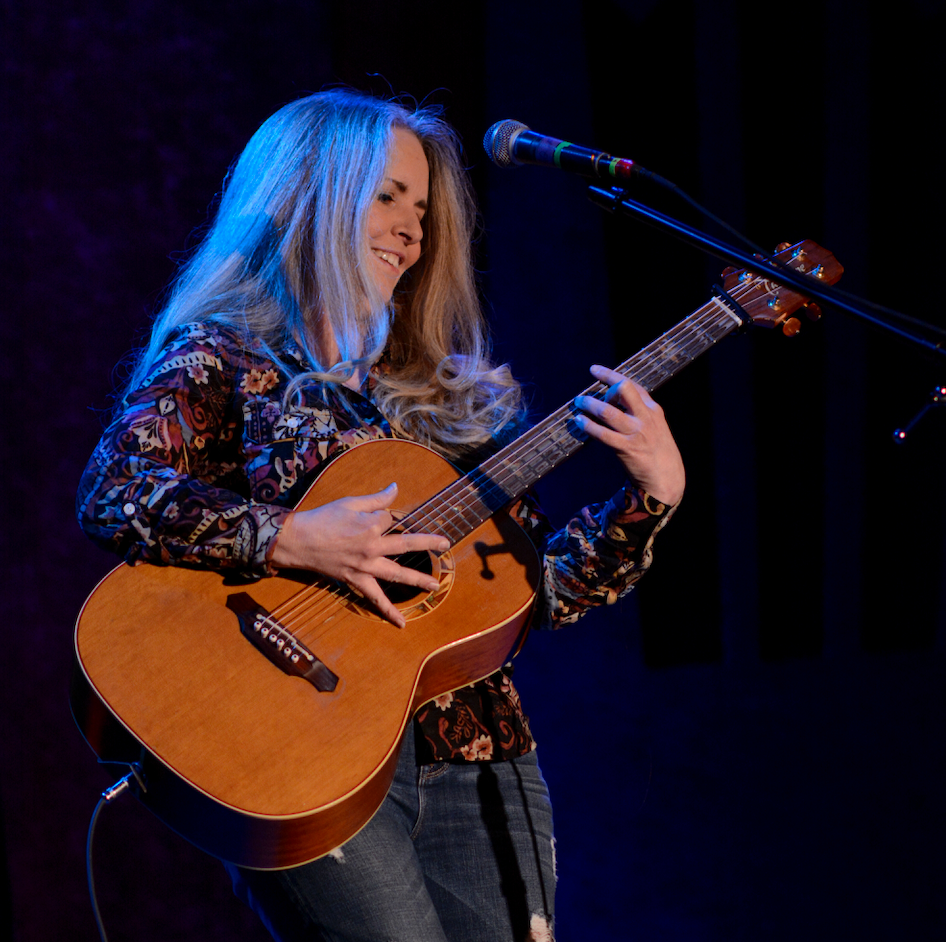 Carla Ulbrich is a comical singer-songwriter and guitarist whose biggest musical influences were (and still are) Sesame Street, camp songs, and cat food commercials. She has a love of the absurdities of ordinary life, a somewhat twisted viewpoint, and a way with words.
Her songs cover topics from the mundane to insane: Waffle House, Klingons, psycho exes, how rich she would be if she had a copyright on the F Word…
Carla’s 9 indie CDs have been featured on:  the BBC, Dr. Demento, Sirius XM Radio, Pandora, and NPR’s Morning Edition. Carla was also an extra in the movie “Sharknado 2.”
Carla has been performing since the late 90s, playing in venues small and smaller, from the Avalon Clothing Optional Folk Festival to MENSA to the Bluebird Cafe.
She/her (and, as one of her songs claims, a totally average woman. But she also answers to “hey you”).