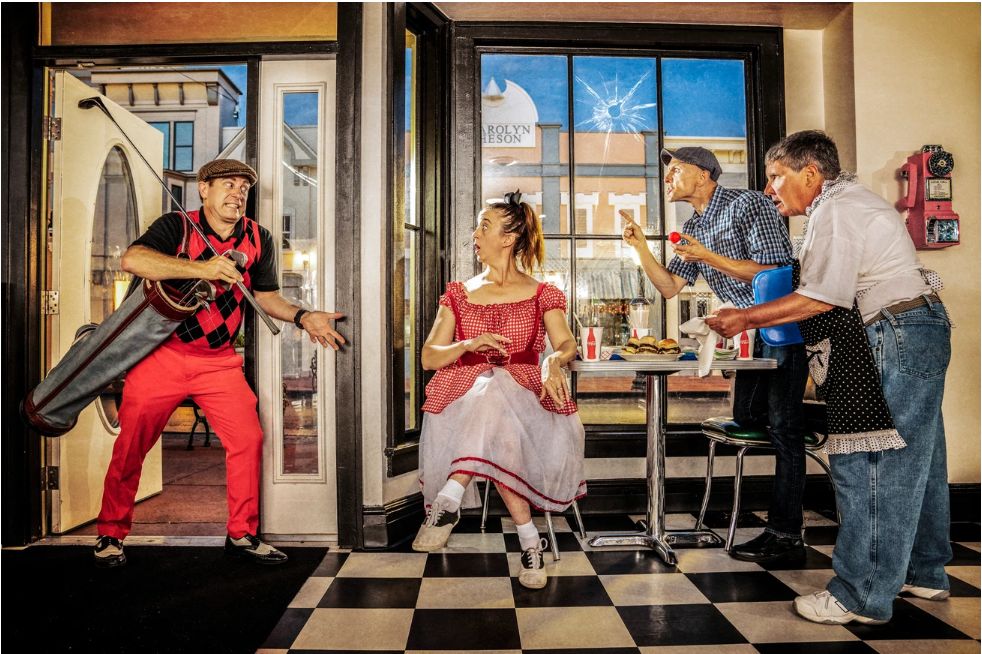 After training with Second City, Dell’Arte International School of Physical Theatre, Ringling Brothers Clown College, Piven Theater Workshop Marcel Marceau-Workshop, Brad Weston developed a set of skills and a stage presence that has helped to carry him through over 30 years in show business. In that time he has worked in all different kinds of venues: comedy clubs (including The Improv in LA), national television shows (including The Tonight Show, David Letterman’s Late Show, The Today Show, Ellen Degeneres …), universities, festivals, amusement parks, cruise lines. But one thing he hasn’t done … played the Seattle Moisture Festival. Finally, this year, we have a chance to correct that deficit in his résumé, and ours.

So glad to have him!