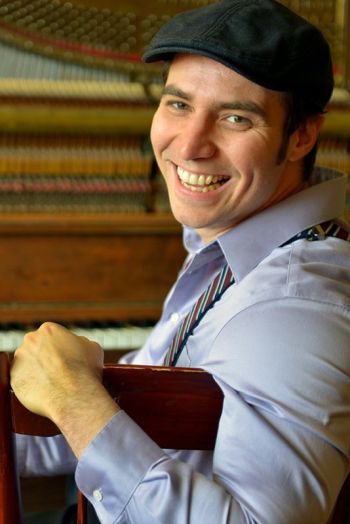 Award winning Blues and Boogie Woogie pianist Arthur Migliazza began playing the piano professionally at the age of 13. In his 20+ years of performing Arthur has played on some of the world’s greatest stages, including Tchaikovsky Hall in Moscow as part of the sold out Kings of Boogie Tour, the Glenn Gould Studio in Toronto, Benaroya Hall in Seattle, as well as on National Public Radio in the US.

In 2014 he received the Best of the Blues Award for Best Keyboardist in Washington State and his 2014 album Laying It Down, resided at #1 on the Roots Music Report charts for Washington State for the summer of 2014, and reached #20 on the national chart. Laying It Down also appeared on the GRAMMY Entry List for the 2015 Grammy award nominations. Arthur released his latest album, Bumble Boogie, independently in Jan 2018.

As a star of the critically acclaimed Off Broadway show BOOGIE STOMP!, Arthur performed at the Elektra Theater in Times Square, NYC for three months in 2015. His first instructional book, considered by many to be a benchmark in blues and boogie woogie piano instruction, is entitled How to Play Boogie Woogie Piano and is now available for purchase worldwide through publisher Hal Leonard.