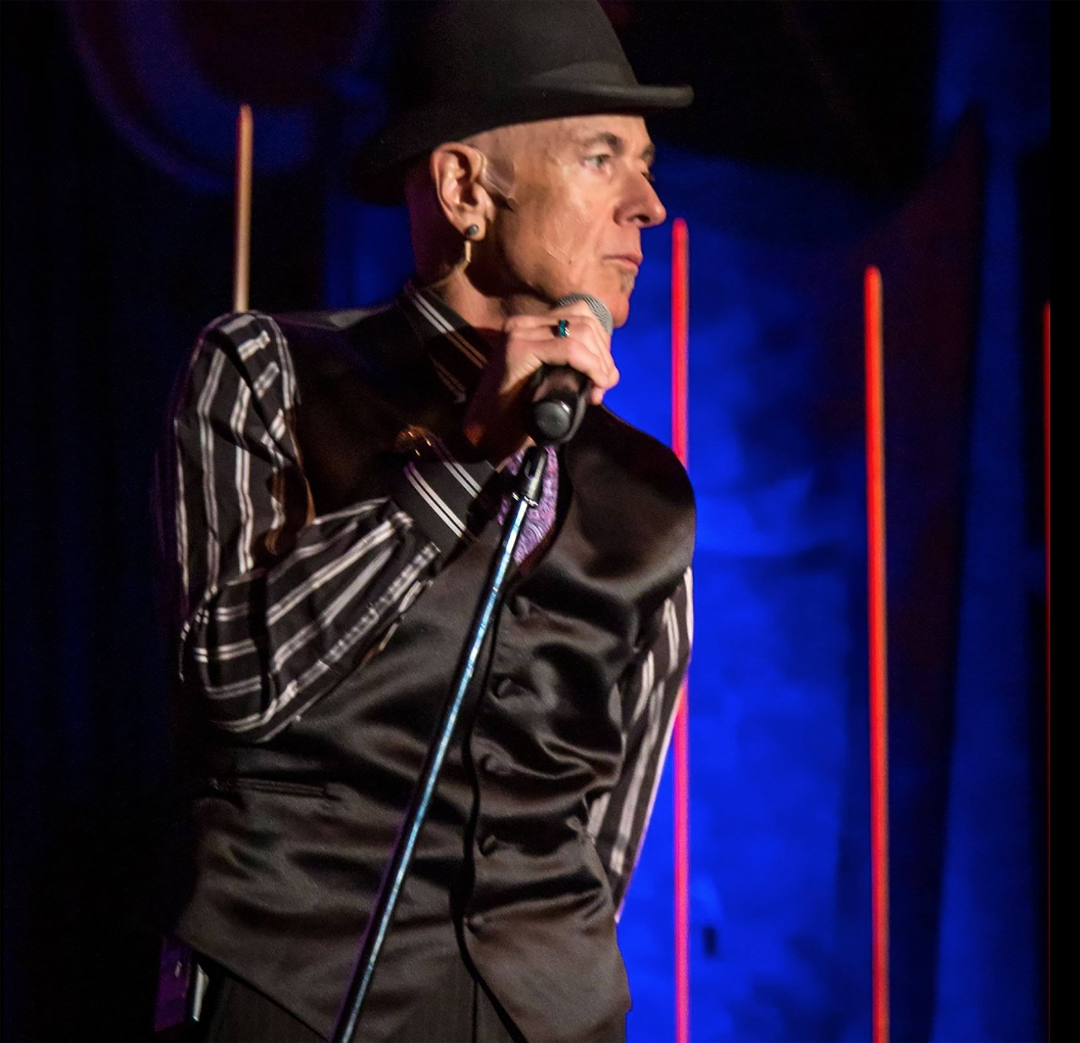 Performer, scholar and educator, David “Dáithí” Crellin has been performing internationally for over 20 years, and as part of the Moisture Festival family for over a dozen, first performing as Ringmaster Armitage Shanks of the legendary underground troupe, Circus Contraption (which he co-founded in 1998), then as part of the MF booking team, and a host for the Variete and Burlesque shows. During the pandemic, he attended graduate school at University of California Santa Cruz, earning a master’s degree in Theatre, and an MFA in Digital Arts New Media. In addition to his circus and cabaret career, David creates live, immersive theater productions, art installations and interactive digital media projects, primarily around issues of social justice, and constructs of race, gender and power. He also designs distinctive, bespoke environments for live performance and gustatory adventures. His latest interactive art/activist project, Decolonize The Surf, is an exploration of representation, racism and diversity in surf culture. Later this year, the project will be featured in the UK-based newspaper, The Guardian, and at the 21st International Conference on New Directions in the Humanities, Sorbonne Université, Paris, France.