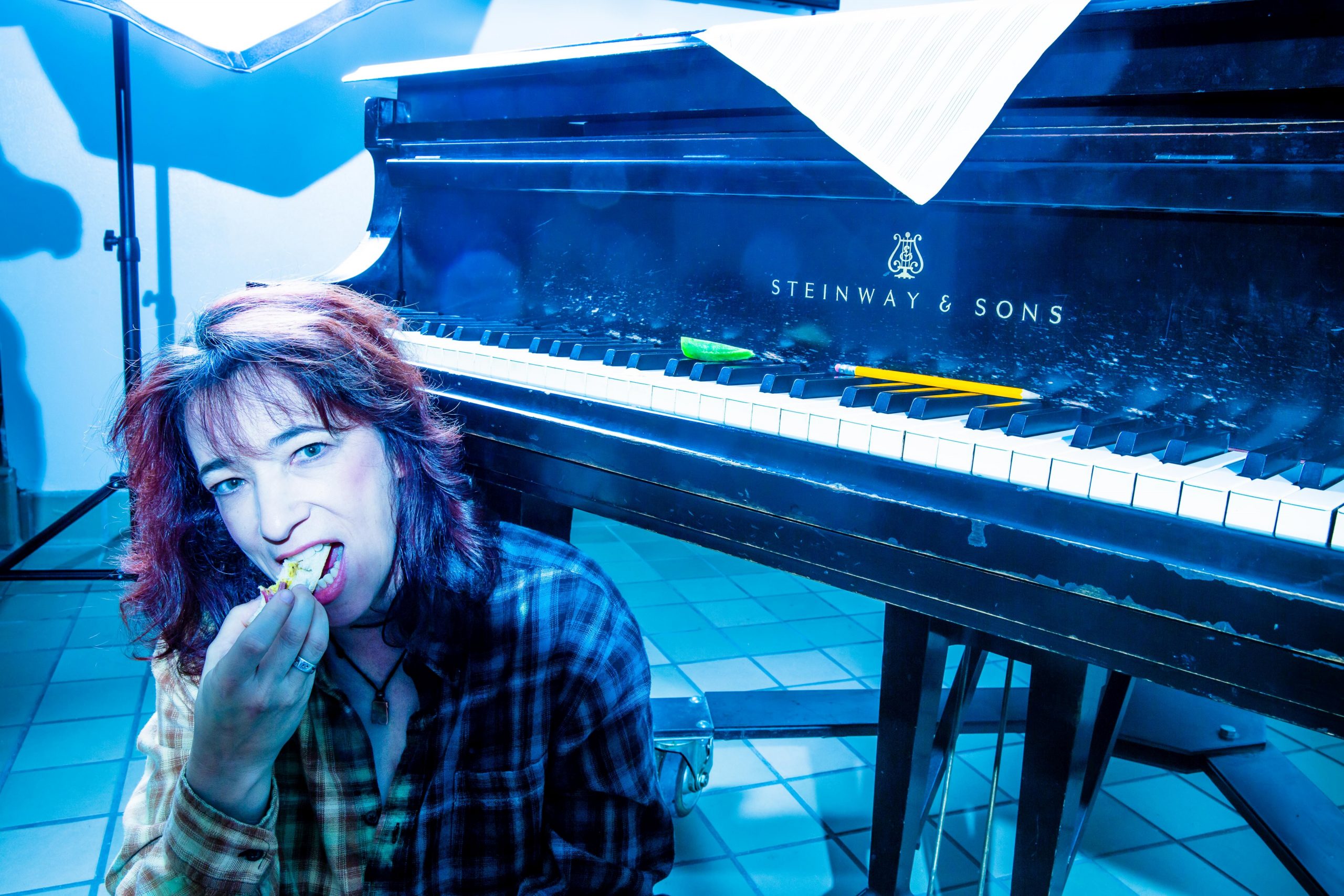 AMY ENGELHARDT fell in love with the Pacific Northwest as the sole female member of Grammy-nominated, Seattle-based vocal quartet The Bobs from 1998-2011. And as Mother Superior of the (satanic) Chattering Order of St. Beryl in Amazon Prime’s GOOD OMENS promo campaign, Amy recently led a gaggle of rock-belting nuns through the series premieres in London, New York, LA and Austin’s South by Southwest. She also produced their EP UNHOLY NIGHT for Amazon Music. As composer/lyricist of the rock musical comedy BASTARD JONES (“Smartly plotted and irrepressible, with hummable pop music to match.” – TimeOutNY), Amy recently made her Off-Broadway debut. In Seattle, she wrote lyrics/vocal arrangements for commissioned adaptations of Carl Sagan’s CONTACT (2009 Puget Sound Theatre Award: Best New Play) and Nicholas Nickleby (Center Stage), and music/lyrics for A COMEDY OF ERAS at ACT (with the Flying Karamazov Brothers). A fan of gourmet cheese and garlic, she has been known to accept either as payment for musical services. And although she mainly splits her time between Los Angeles and New York, Amy loves coming up to Seattle to frolic with assorted Karamazovs and Northwestern vaudevillians at New Old Time Chautauqua events. Amy is the only honorary female member of the Vienna Boys Choir.