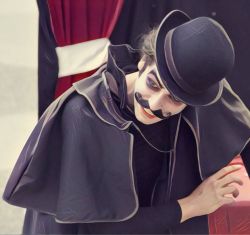 Commedia dell’Arte, puppetry, music, clown, mask-making, stage, and screen acting, Alexander Makardish has indeed taken his talents & training in several directions and this year we are pleased to welcome him to Seattle’s beloved Moisture Festival. Alex currently performs vaudeville at Buena Park’s Late-night Variety Cabaret, “Teatro Martini” & acts as Show Director for the sister show, “Cirque Magique.” Alex is obsessed in distinguishing the difference between collecting & hoarding. The past two years have been a purgatory of Psychedelic proportions… digging through houses & shacks; categorizing, organizing, and antagonizing any sign of clutter. His hands have touched heaps over heaps of garbage, but to his delight, he has re-purposed his journey into the zen of music. Enjoy some classic diddys performed by Alex & his Banjolele, Gretchen. Cheers & Applesauce. 2017