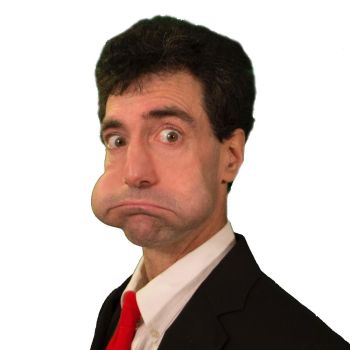 Alex Feldman is an accidental expert at getting by with few words. His TEDx talk, Primal Talk  is all about not talking. He performs in many countries where speaking English would be useless. So he speaks a made-up gibberish language.   His outlandish faces, and expressive body helps get his point across.  You might not know exactly what he’s saying, but you totally get what he’s feeling.  He also speaks music- another universal language.  The weird ways he plays recorders  sounds great but looks ridiculous.
His first gig tipped him with back issues  of National Geographic. Alex treasured each magazine and dreamed of connecting with the many people in its pages. How could you bring a smile to anyone, regardless of age or native tongue?
His fascination with foreign cultures led him to study anthropology at Reed College. He improved his job prospects by dropping out and enrolling in The Dell’Arte School of Physical Comedy. There, he began the serious study of funny faces, mimicry, and silent films.
His quirky comedy has led to appearances at Just for Laughs for Comedyfest,  Showtime, America’s Got Talent, off-Broadway  and theaters from Siberia to Singapore.   As part of Clowns without Borders, he has performed in goodwill trips to Haiti and  hurricane ravaged Sint Martaan,  to bring laughter where it’s needed most.