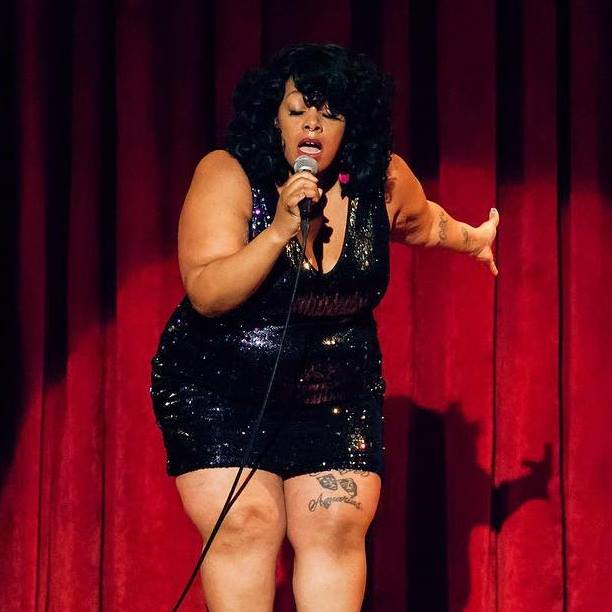 Seattle soul singer, teacher and actress, Adra Boo, walks through walls. While some in the age look to construct boxes for others, Boo flouts these efforts, working to inspire through interconnectivity, sacrifice and, of course, a touch of sweetness.

Known in the Emerald City as one half of the now-defunct electric-funk duo, Fly Moon Royalty, which has shared stages with the likes of Sharon Jones & The Dap Kings and Macklemore, Boo also performs regularly as a solo artist or as a featured singer for musicians like Erik Blood, Vox Mod, and the Grammy Award-winning composer and Seattle native, Andrew Joslyn. Currently, she is the newest member of Seattle’s new wave noir band, Hotels, which has been proving to give the band’s sound new energy, and in this new arrangement, not even the sky is the limit.

When not singing, however, Boo works in her community in multiple facets, including holding a board seat with the Pacific Northwest Grammy Chapter, and directing the Seattle Ladies Rock Camp, bringing in the next wave of killer local bands. Boo is also a regular emcee for summer music festivals, burlesque and cabaret, and a former festival correspondent for the award-winning alternative weekly, The Stranger.

A veteran performer on myriad stages, Boo has been compared to timeless musicians like Aretha Franklin and Tina Turner, unafraid to ruffle feathers or rouse would-be audiences. And while all of these efforts cause her to stand out in the city, it’s her work as an artistic liaison that has made her a local legend.