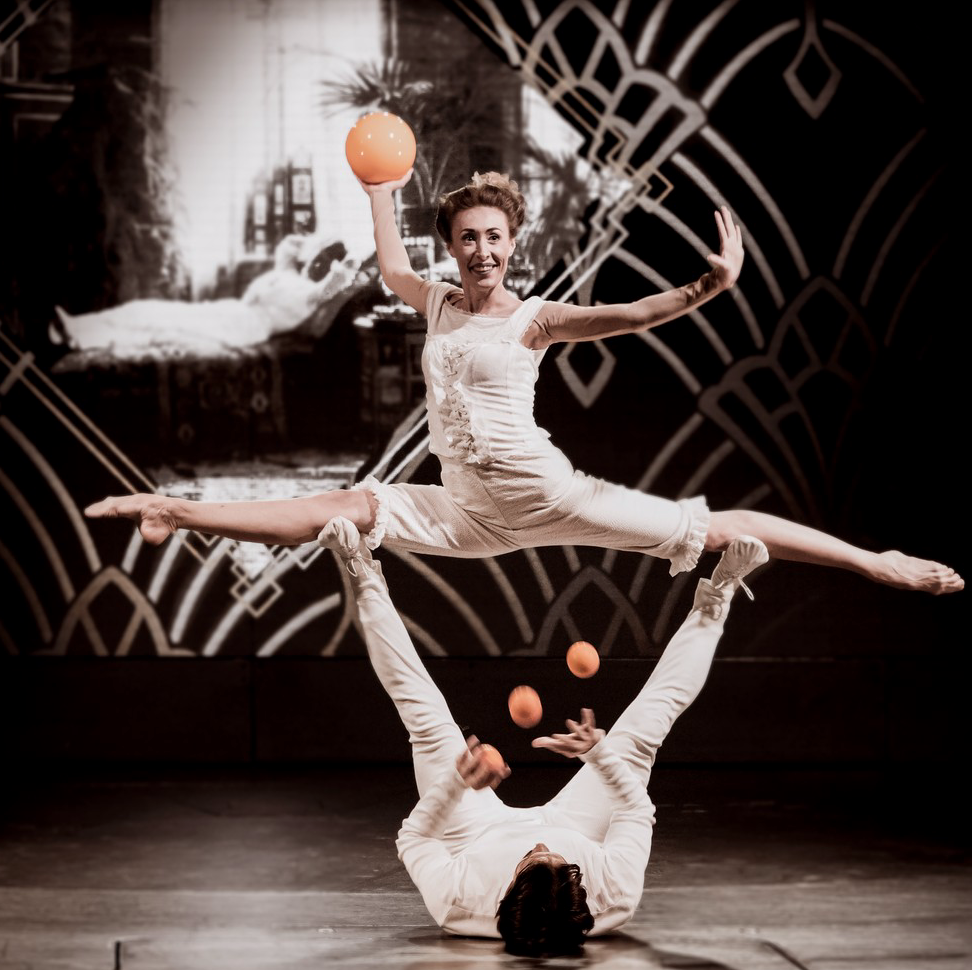 A statement of purpose from Anastasiia and Aaron Crane: Californian Dreamers is more than a name. It’s a reminder to ourselves to dream as big as we can, and make those dreams a reality. Whether that dream is a story on stage, a production company, or an entertainment empire, we will push ourselves as long as we are alive to achieve everything that we believe is possible.

Anastasiia began at the age of 8 as a rhythmic gymnast, eventually becoming the champion of Ukraine, and earned the title “Master of Sport”.  Soon after, she was taking contracts all over the world as a dancer and aerialist.

Aaron started juggling at the age of 6, in a contest with his dad to see who could learn it faster. Since then, he has traveled all over the world in search of the best coaches, and the best shows.

They have combined their skills to become an unstoppable duo. Juggling, aerial, adagio, comedy, dancing, acting; there is nothing that they can’t do with the talent that has brought them to some of the largest stages in the world including Cirque Du Soleil, Dragone, Tui Cruises, and Ringling Brothers and Barnum and Bailey Circus … and now, Seattle’s Moisture Festival.