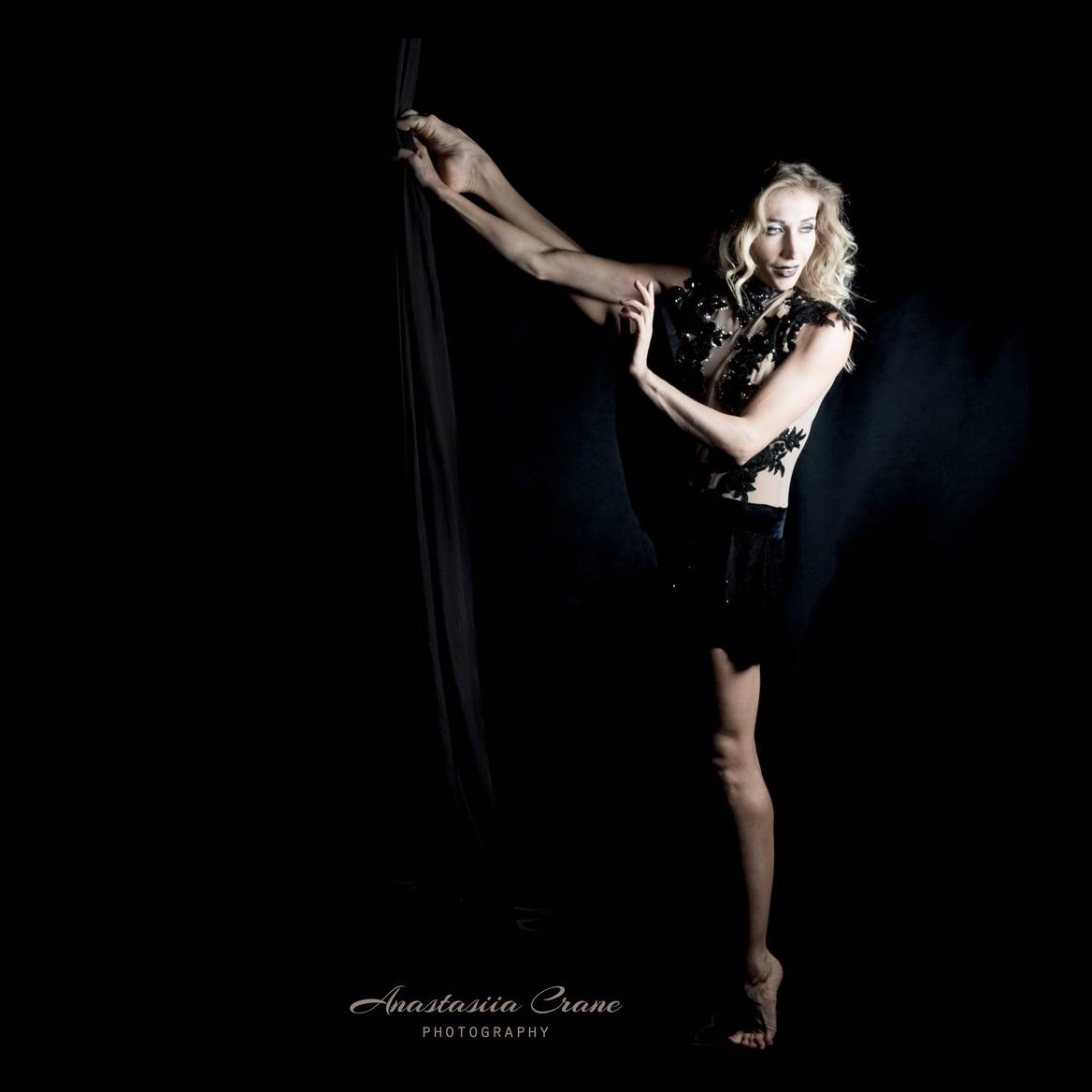 Anastasiia never knew that she would be a circus and variety artist. Her life from the age of 8 though college was consumed by rhythmic gymnastics. Outside of competition, she would only use her flexibility and talent to open and close doors, turn lights on and off, and to close the trunk of a car.But she knew that she wanted to do more. She wanted to entertain, to be the star. She wanted people to cry at how beautiful and dramatic her performances were. Her world changed after seeing her first aerial performance: a girl dancing on silks, with the audience in awe. Anastasiia discovered the doorway to her dreams. She decided to train herself to be an aerialist. Every night after a long day of work and training, she would hang a borrowed set of aerial silks, and practice until she fell asleep, waking up only 4 hours later to start the day again.She built her first aerial routine, jump starting her circus and variety career. Her talents brought her all all over the world: USA, Europe, and Japan, which were typically reserved for the rich and privileged, had now opened their doors to her. She has since worked with Cirque du Soleil, Tui Cruises, Ringling Brothers and many more. But she soon discovered that she wanted more than just a spotlight on stage. There wasn’t enough connection to the audience. She wanted to be closer – both to the audience, and to the creation process.  She started participating in street festivals, developing her comedic senses, and creative abilities. From a serious and dramatic queen of the stage, to a character and clown, Anastasiia has opened up as an artist, and will be coming to Moisture Festival. Both as a soloist and with her partner as the Californian Dreamers Duo.